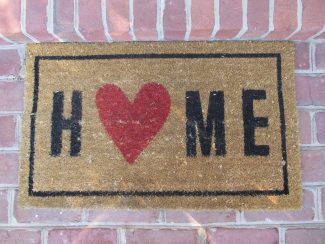 Rents across the country reached new highs in August, growing by double digits for the first time on record. After months of stalled rent growth during the peak of the pandemic, gradual recovery gave way to price surges in 2021. Now, the national rent has reached $1,633, up 11.5% ($169) year over year, and is growing over 3 times as fast as the 3.2% growth rate seen just before the pandemic hit in March 2020.

Monthly rent growth is still slightly above average at 1.6%, but not as intense as in May and June, when rents increased by 3.0% and 3.2%, respectively, from each month to the next.

Rent YoY Trend Since the Start of the Pandemic

In 35 of the 50 largest metro areas, rents reached their highest levels on record and are growing faster than ever. Of the 50 largest metros, all but four saw rents hit new all-time highs this summer (June-August). The holdouts are San Francisco (August 2019); San Jose (March 2020); Boston (July 2020); and New York City (August 2020).

After months of price declines in the bay area rental market, San Francisco and San Jose are finally seeing rents grow. Rents in San Jose reached $2,995 in August, up 7.0% year over year. Earlier this year, rents in the San Jose area were declining by 14.1%. San Jose’s rents peaked in March 2020 when they reached $3,127, which will eventually be surpassed if the current trends continue.

It’s no secret that home prices have skyrocketed since the pandemic. The demand for larger homes, coupled with inventory shortages, have put upward pressure on home prices over the past year. Home prices have seen double digit growth since last August, and peaking in April when home prices were up 17.1%. The market has since cooled somewhat, and as of August, home prices are up 8.6% over last year.

However, as the for sale market is settling, the rental market continues booming, with rent growth now hitting double digits and outpacing home price growth.

The pandemic caused rent growth to slow to a crawl at the end of last year and into early 2021. Now, into the second half of 2021, improved vaccination rates and the reopening of cities has turbo-charged the rental market, with price growth seemingly determined to make up for lost time. Cumulatively, rents are up 13.7% since Sept 2019 while the median home price is up 19.6% in that period, signaling some more room for rent growth to catch up. In August, two-bedroom units saw the largest increase in rents, with the median rent reaching $1,828 nationally, $200 (12.3%) higher than the same time last year. Thanks to consistent preferences for larger homes over the last couple of years, the median monthly rent for 2-bed units has increased by $262 (16.7%) since August 2019 and is now at the highest level in our data history.

Studio units are continuing their recovery, with rents reaching $1,338 nationwide in August, up $103 (8.3%) year-over-year.  The median monthly rent for studio units has increased by $100 (8.1%) since August 2019 and is at the highest level in our data history. Nationally, studio rents were dipping by as much as 5% earlier this year, but have steadily recovered as larger cities have seen residents returning. Tampa, FL was the fastest growing metro area, with the median rent reaching $1,760 in August, up 30.6% year-over-year. The other metros topping the list of fastest growing rents were Riverside, CA; Miami, FL; and Phoenix, AZ, which all saw rents growing by over 25% compared to last year.

Rental data as of August 2021 for units advertised as for-rent on Realtor.com®. Rental units include apartment communities as well as private rentals (condos, townhomes, single-family homes). All units were studio, 1-bedroom, or 2-bedroom units. National rents were calculated by averaging the medians of the 50 largest metropolitan areas.