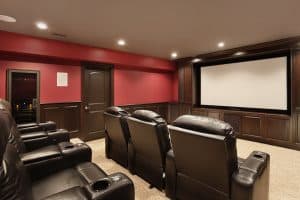 As part of your rent at the new $300-million apartment building called Kurve on Wilshire, you can get a weekly visit from a housekeeper who will make your bed to hotel standards, load your dishwasher, tidy the place up and take out the trash.

Housekeeping will also deliver your mail to your unit, and box up and return items you bought online that you decide not to keep. That’s just for starters, all available for a fee through a phone app.

Assistants will do your grocery shopping and put food away in your fridge at a cost of 5% of the total bill. The same goes for dry cleaning and laundry, which will be hung in your closet. Additional services available through the tenants’ app include pharmacy pickups, basic tailoring and a tech “concierge” to help with your computer problems.

The pampering is not unique to Kurve, located near Koreatown, which is attempting to compete in a crowded upper-tier market. Floridly luxurious apartment buildings have a long history in Los Angeles, and the appetite for deluxe living quarters has been unabated by the pandemic as rents continue to rise.

Demand for housing is intense, but new apartments are expensive to build and require high rents to turn a profit, say owners who are pulling out the stops to compete for tenants who can afford top-tier rentals.

Some housebound residents have sought more luxury during the lockdown, and landlords keep upping the ante in amenities to get their units leased.

“The goal is to make it as stress-free for tenants as possible,” landlord Scott Dobbins said. “Take pressure off of people.”

Dobbins is president of Hankey Investment Co., which developed Kurve with Jamison Properties. The Los Angeles-based team also developed Circa, a $500-million twin-tower apartment complex across the street from Staples Center downtown that is wrapped in a block-long video screen and has penthouses that rent for $25,000 a month.

Kurve has two-story penthouses that the developers hope to rent for as much as $30,000 a month. They include their own party-sized outdoor decks with capacious hot tubs that have city skyline views. Typical units are priced much lower, with a one-bedroom going for about $3,000 a month.

Resident Daniel Lee, who moved in shortly after Kurve opened in September, was more drawn to the sprawling one-acre roof deck than the bed-making and kitchen-spritzing services.

Lee likes that the dog can relieve herself on a special patch of artificial grass that drains into the sewer system. Where he lived before in Koreatown, “walking my dog at night was kind of dangerous.”

Lee, who works at home at least two days a week as an IT specialist for a fashion company in Hollywood, likes to set up shop in Kurve’s co-working facilities where he can plop down at a wooden desk or in a conference room. Such WeWork-style offices are becoming common amenities in new buildings as flexible work schedules become the norm and tenants look for places to concentrate outside of their apartments.

At Park Fifth in downtown Los Angeles, residents can work on an open deck on the 24th floor with views of nearby skyscrapers and Pershing Square park below.

“We have USB ports everywhere,” landlord Victor MacFarlane said, where tenants can hook up their laptops, and Wi-Fi throughout the property, including the garage. 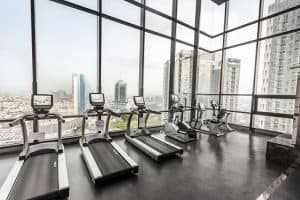 The pandemic will accelerate the creation of common spaces where tenants can work from home, MacFarlane said, because many employers are expected to embrace flexible work schedules even after COVID-19 fades. The trend of creating welcoming spaces for tenants to hang out was already growing in part because units have been shrinking to keep tenants’ rents down as construction costs rise, he said.

They’re also required to remain competitive. Amenities that once made apartment buildings stand out are now baseline for high-end complexes, said MacFarlane, chairman and chief executive of MacFarlane Partners.

Having a nice gym and being pet-friendly are “a necessity today,” he said. “It’s not an option anymore. If you don’t have those things, you’re not going to lease, nor are you going to get your rents.”

Top-line gym equipment “and enough of it” are mandatory, MacFarlane said, along with spaces for classes such as aerobics, Pilates and yoga. Stationary bike rides in some buildings may be guided by instructors online or in person.

The 347-unit Park Fifth, which opened early last year, and a sister 313-unit building called Trademark, built next door by MacFarlane Partners, are both about 95% leased, MacFarlane said. To get renters in the downtown market where several luxury properties have come online in recent years, the landlord has been offering periods of free rent to tenants who sign one-year leases.

He hopes to stop giving rent concessions as the economy recovers and office workers return downtown, but the competition for renters now includes two fancy high-rises that were planned to be condominiums when they were built.

Thea, a 58-story skyscraper built in 2020 by Chinese developer Greenland USA as part of the Metropolis condo and hotel complex, became a 685-unit apartment building after the condo market proved too thin to support it. Prospective tenants are offered as much as eight weeks of free rent to sign a lease.

At the Grand, a $1-billion Frank Gehry-designed mixed-use complex across from Walt Disney Concert Hall, developer Related Cos. chucked the original plan to include a high-rise full of condos and will instead open 436 apartments there next year, including what Related calls “ultra premium” units at the top of the 45-story tower.

“The majority of downtown L.A. residents are professionals who want to live close to their places of work and they want to rent,” said Rick Vogel, a senior vice president at Related. “Our leasing model reflects the growing demand for luxury apartment rentals full of first-class amenities, in a prime downtown L.A. location.”

Design can also be an amenity, as architects like Gehry bring flair to apartments — a commodity that seemed to disappear 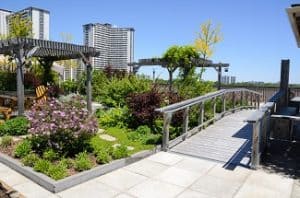 decades ago when stucco boxes and humble dingbats became the norm and provided low-cost housing. In recent years, many young professionals who make good money but move often or don’t want the hassles of homeownership have turned to apartment buildings with more style and status.

Chinese firm MAD Architects, known for its daring designs such as the “Star Wars”-style Lucas Museum of Narrative Art, under construction near the Los Angeles Memorial Coliseum, just announced a new apartment building in Denver that features a cascading canyon that appears to “carve” into the building’s facade, as if by natural forces.

MAD avoided calling the project an apartment building, describing the 187 units instead as “for-lease residences.”

Thousands of apartments have been built downtown in recent years, many of them in tall steel-framed buildings that are more costly to erect than the shorter wood-framed apartment complexes that are common in Los Angeles.

“It is very expensive to build here,” economist Richard Green said, citing lengthy processes to get projects approved and high construction costs, including the price of land. Higher rents are one result, he said.

When it costs $500,000 per unit to build apartments, developers want monthly rents of $3,000 or more to turn a profit, said Green, who is the director of the USC Lusk Center for Real Estate. That’s one reason downtown has higher-than-average vacancy, because tenants should be earning more than $100,000 a year to pay such rents.

In popular apartment markets from downtown west to the ocean, including Koreatown, vacancy is more than 5%, according  to a recent USC Lusk Center Casden Forecast. Ordinarily that vacancy rate would be high enough to depress rents, but empty units are being rented fast enough to suggest that moderate increases in rents are coming in those neighborhoods.

As a result of changes to renter behavior during COVID-19 when people left urban centers, many markets outside of densely populated metropolitan neighborhoods are experiencing vacancy rates at historically low levels, the report said. Falling vacancies are causing steeper rent hikes in many suburbs than in big cities.

The forecast predicts that by the end of the third quarter of 2023, rents will increase over their current levels by $252 in Los Angeles County, $410 in Orange County, $348 in San Diego County, $310 in Ventura County, and $241 in the Inland Empire, which includes San Bernardino and Riverside counties.

New buildings will continue to compete on amenities, said MacFarlane, who is planning one of the biggest mixed-use projects in the works in Los Angeles. The Angels Landing project downtown would include two upmarket hotels, apartments, condominiums, stores and restaurants in two towers, the tallest of which would be a 63-story skyscraper.

MacFarlane and his co-developer R. Donahue Peebles intend to complete Angels Landing in time to serve people attending the 2028 Summer Olympics, and MacFarlane acknowledges that market-rate units in the buildings next to the historic Angels Flight funicular railway on Bunker Hill will be pricey to rent. (Five percent of the 252 apartments will be subsidized at “affordable” rates, and additional affordable housing is expected to be added off-site.)

Construction will be especially costly because the developers will have to excavate five stories of dirt at a cost of about $93 million, helping bring the overall price tag to $1.6 billion.

The escalation of amenities will continue in years ahead, said Kurve developer Dobbins, who is building a 490-unit apartment complex by the Vermont/Beverly subway station in Los Angeles. Among its features when it opens in 2023 will be music recording studios and rooms for online gaming.

Read more
3 Ways Rental...
As a landlord, it’s essential that you perform rental inspections and record everything in a...
Read more
4 Signs the Hot Housing...
This year’s housing market has been high-stakes. Prices skyrocketed, bidding wars were rampant and,...
Read more
5 Things Landlords...
Here's how landlords can prep for 2022 -- and whatever it may bring. Key Points Landlords...
Read more
Detroit leaders call...
DETROIT — Public officials and leaders in Detroit are calling for policy changes and programs to...
Read more
Proper Documentation...
This article was contributed by the Fair Housing Institute.  Why is documentation so important? How...
Read more
5 Industry Trends That...
The rental property market changed a lot in the past year and shows no signs of slowing down. While...
Read more
Most CRE Firms Mum On...
In the few days after President Joe Biden's administration issued a rule requiring large employers...
Read more
New York To Suspend...
The state plans to pause its Emergency Rental Assistance Program for struggling New Yorkers on Sunday,...