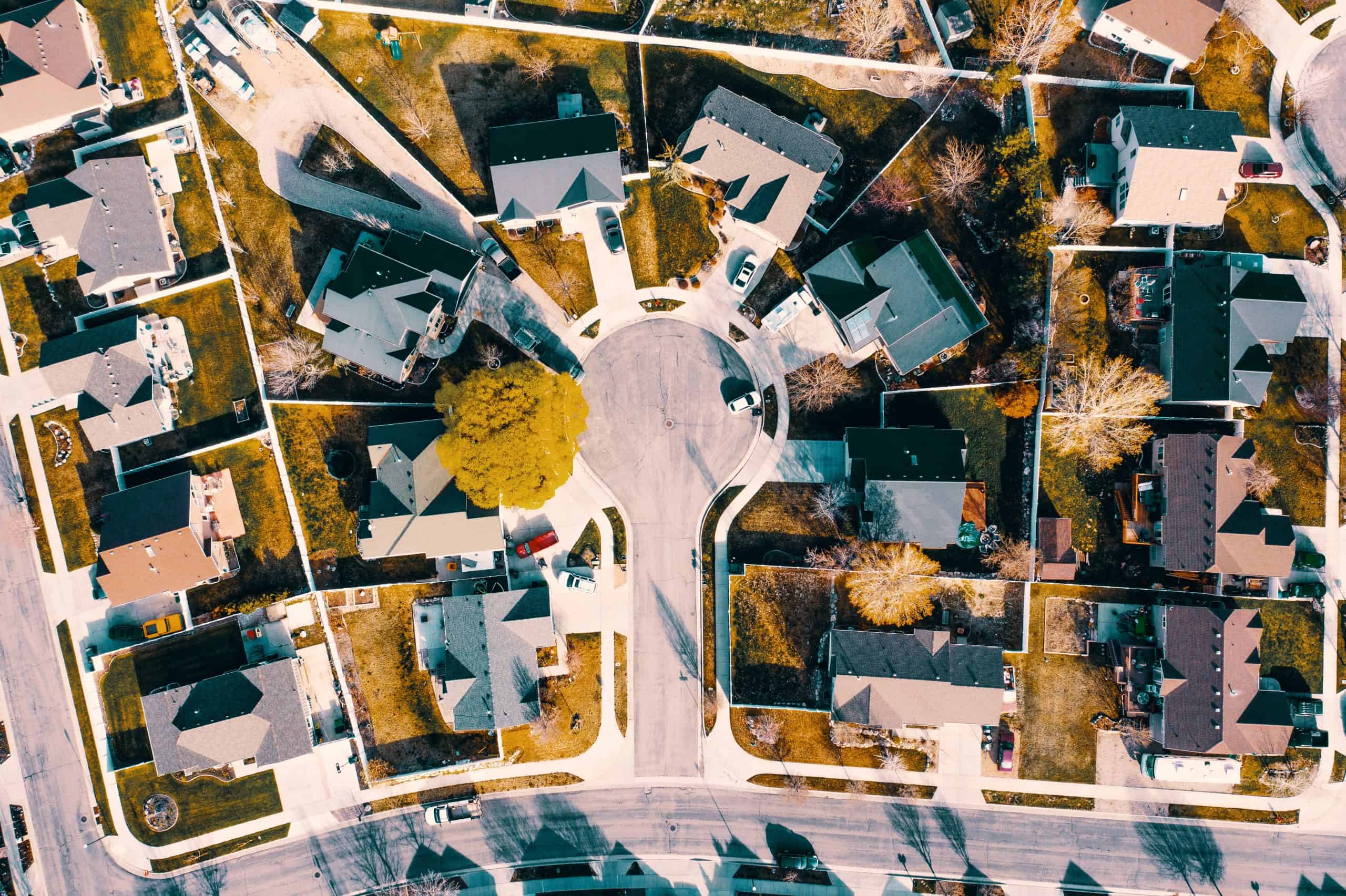 Jurdon Gold had been a renter almost his entire life. Born Oakland, Gold, like many in the Bay Area, had never lived in a house he or his family owned. That changed in 2015 when he and his wife began looking for a new place to live after their wedding. Originally planning to rent, the couple couldn’t find a place they could afford in the East Bay. As they began looking further afield and made peace with the idea of commuting, they spotted a townhouse for sale in Vallejo, about 25 miles north of where Gold grew up. The mortgage that far from pricey San Francisco was something they could afford, too. Without ever planning it, the two became homeowners. “We kind of fell into it,” Gold said.

The couple’s time in their first home would prove short-lived. Gold’s wife got a postdoc position at Stanford University, diagonally across the San Francisco Bay. To avoid a three-hour commute that involved crossing multiple bridges, the two moved 50 miles south and began renting in Hayward. They quickly found a tenant for their Vallejo home. It was 2019, and Gold was now both a landlord and a renter. Thanks to the insanity of the Bay Area housing market, the rent in his new Hayward home was more than the mortgage payment in the Vallejo townhouse. “Our mortgage in Vallejo is $1,440. Our rent out here in Hayward is $2,950. So it’s literally double,” Gold said.

Then came Covid-19, which, less than a year after Gold became landlord, kicked off the most dramatic face-off between landlords and tenants in a generation. Across the country, millions of laid-off or furloughed Americans have been unable to pay rent since March. Without any federal guidance, elected officials in cities and states have clumsily tried to stave off a mass wave of evictions. Some, like California Gov. Gavin Newsom, have issued “moratoriums” on police and local officials enforcing evictions, while others states like Arkansas offered moratoriums on utility shutoffs, but otherwise left renters to fend for themselves. But even in places with pauses on evictions, the threat to renters remained. What would stop millions of laid-off workers from being forced on the streets when the moratoriums end? Shocked at the limitations of anemic government action, housing activists and renters across the country threw their weight behind a new movement: “#CancelRent.” In order to push the government to go further to protect renters, thousands of Americans have joined one of the biggest rent strikes in U.S. history.

Throughout the spring, Gold watched his social media fill up with friends posting the hashtag #CancelRent and encouraging people not to pay their rent, even if they could still afford to. The posts were often accompanied by tirades against landlords. Especially in a place like the Bay area, people were fed up — they were sick of the rent increases, of the evictions, of the Silicon Valley-fueled impossibility of affording an apartment in San Francisco. They were sick of watching friends and family forced to move further away from the Bay, or worse, onto the streets. The anger flooded into the posts, and the message was simple: Down with landlords.
“We’re not all the same. Some of us are just normal people.”

Gold struggled to get his feelings straight. He knew a bad landlord could ruin a person’s life, and what the active threat of eviction felt like. “I come from a single parent household,” he said. “I know what it’s like for a landlord to just see a property as a financial asset. But it’s not just an asset. It’s somebody’s home.”

Gold also knew another fact to be true. He and his wife would quickly go bankrupt if their Vallejo tenant were to join the rent strike.

“My wife just finished her PhD, and I’m a government employee,” said Gold, who works for the Social Security Administration. “We’re living pretty much month to month. We wouldn’t be able to afford our own rent if our tenant stopped paying.”

While Gold’s tenant has continued to pay rent, Gold and other middle-class landlords say the #CancelRent movement has forced them to rethink their place in society. People like Gold have had to contend with the fact many Americans see them as a symbol of the rich and powerful; the 1%; the capitalist class. While deeply sympathetic to ways renters are hurting — after all, he is a renter — Gold said he thinks the activists pushing for rent cancellation need to understand the nuance of the situation: “We’re not all the same,” Gold said. “Some of us are just normal people.”

any small-scale landlords say they feel they’re being unfairly grouped in the same category as massive Wall Street firms and slumlords. According to federal data from 2015, there are about 48.5 million rental units in the United States, and just under half of those units are owned by “individual investors.” That’s a broad categorization though, and covers everyone that owns less than 20 units, which could include smaller-scale full-time landlords, as well as “mom-and-pop” landlords like Gold. (The situation can vary in different regions, especially in large cities like New York, where the vast majority of units are owned by large-scale investors and companies.)

“In the Bay especially, there’s an underlying hate for landlords, and people don’t even look at the different kinds of landlords,” Gold said. “Being a landlord immediately has a negative connotation.”

“Every time the real estate lobby comes in to try to quash tenant protection, they’re always constantly saying it’s going to be a ‘massacre,’ for mom-and-pop landlords if they don’t get their way,” Singh said. As she and Tenants Together fight for renters in cities across California, she said she’s constantly seen enormous corporations and Scrooge McDuck-style landlords masquerade as “mom-and-pop” landlords, as they invoke the needs of small-scale landlords to lobby for policies that benefit industrial-scale landlords and property companies. “It happens every time.”

“What we saw in 2008 is if small owners go out of business, then that property is taken over by Wall Street. That could happen again, and we’re deeply concerned about that,” said Singh.

Besides being harder to regulate, banks and conglomerates are usually worse landlords. According to Timothy Thomas, PhD, the research director at the Urban Displacement Project (an initiative out of University of California-Berkeley), large-scale landlords are the “worst offenders” when it comes to kicking people out of their homes.

“Normally these large conglomerates are the ones doing the most evicting because they’re a lot less partial about who they let in,” Thomas said, adding that because mom-and-pop landlords tend to pick tenants more carefully, and because they’re more likely to have a relationship with their tenants, they’re much less likely to evict people.

Because both renters and small landlords stand to lose out to larger landlords, Singh said small-scale landlords like Gold should be part of the #CancelRent movement. From the beginning, Tenants Together and other advocacy orgs have pushed for a rent and mortgage cancellation. “For us, the Cancel Rent campaign is also a call to cancel mortgages,” Singh said. “The reason we and other organizations have done that is we know many landlords have mortgages.”

That tension is something Manuel, a young landlord who asked me not to use his real name in order to speak freely from the owners’ perspective, is grappling with. One the one hand he gets the politics of #CancelRent, just as the activists say they are sympathetic toward him. On the other hand, owning property for him feels like a personal accomplishment.

The #CancelRent movement could put Manuel in an impossible economic situation. He has no desire to evict anyone, but worries about getting to a situation where he has to decide between his own well-being and his tenants.

Manuel, who is in his early 20s, lives in Oakland with two roommates in a building he owns. The child of immigrant parents, he grew up first generation. His family spent some time on welfare before finding their feet in America, establishing a farm north of the Bay. After living in a small home with 16 other people just out of college,Manuel was able to borrow enough money from friends and family to afford to buy his own place in Oakland. Today he sees the home he lives in as his retirement, and a fulfillment of the dream that brought his parents to immigrate.

“Personally I’m a pretty socialist person, but I also understand these things in a capitalist way,” he said. He has a mortgage to pay, and one of his roommate-tenants has been getting later and later on rent. Manuel said he’s been okay floating his roommate for now, but he knows he could lose his Oakland home if the roommate doesn’t eventually pay.

The #CancelRent movement could put him in an impossible economic situation, Manuel said — not to mention an incredibly personally socially awkward one. He has no desire to evict anyone, but worries about getting to a situation where he has to decide between his own well-being and his tenants.

“There needs to be a social solution,” said Manuel.

“People who are affected — who get sick, or lose their jobs — should be able to get their rent frozen, or get their rent canceled until they can get back on their feet,” Gold said. “But on the ownership side, banks that own that mortgage should also know that it’s a special situation — that someone has a tenant who can’t pay.”

The one thing that could get small homeowners like Gold and Manuel on board with #CancelRent is the way activists like Singh have also pushed for a mortgage cancellation.

“In that case I’d totally be on board,” said Manuel.