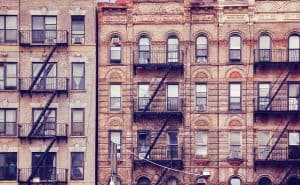 As affordable housing advocates throw paint at the wall to get the federal government to do something – anything – about the national housing shortage, a modest but perhaps significant legislative idea has reemerged. It’s time to take the fight to the legion of NIMBYs across America.

Todd Young, a Republican Senator representing Indiana, and Brian Schatz, a Democrat House member from Hawaii, reintroduced last week the “Yes In My Backyard,” or YIMBY Act, legislation the sponsors hope would bring accountability – and more housing – from how local government uses grants from U.S. Housing and Urban Development.

The YIMBY Act would require local governments to report to HUD whether they are adopting local policies that promote housing affordability and simply more housing stock.

The local policies include the elimination of local zoning and density restrictions, getting rid of local requirements that a parking spot accompany a new home, and encouraging apartment buildings to be built near public transit.

The proposal sailed through the House by voice vote last year before the pandemic effectively shelved it. Groups pushing for housing development have lobbied Congress to return to the bill.

“The YIMBY Act is vital for encouraging communities to build more affordable and market-rate housing,” reads a letter sent last week by over 100 local housing advocacy groups – from the San Diego Housing Commission to the Maine Affordable Housing Coalition – to federal lawmakers and HUD officials.

The groups tout the bill as, “An essential first step in decreasing barriers to new housing at all price levels.”

New housing construction is, in fact, at its highest level since the mid-2000s housing bubble, according to U.S. Census Bureau figures. But, for now, there is an inventory crisis affecting much of the country.

The YIMBY Act specifically targets HUD’s community development block grants, formula funding to city and state governments in place since the Gerald Ford administration, with the formulas changing little since the 1970s. There is a total of $3.45 billion allocated to HUD’s community development block grants in the latest annual federal budget, according to the Congressional Research Service.

When properly used, said David Dworkin, president of the National Housing Conference, a Washington D.C. advocacy group, “CDBG grants are a really important way in closing big gaps in financing for housing. They are supposed to contribute to adding capacity to affordable housing developers.”

“The grants exist because there is difficulty in getting financing for affordable housing,” Dworkin explained, noting it is hard to justify to a lender that you’re building at the lower end of the market, “When you can make more money building at the top.”

But, too often, Dworkin said, local governments are given a pot of money by Congress and propose an affordable housing project, only to face resistance from NIMBYs claiming the homes will affect their quality of life.

Presently, local governments – not wanting to forfeit the federal cash, may build something innocuous to avoid NIMBY resistance – like a park, Dworkin said.

The politics of the YIMBY Act is tricky. There is no organized opposition in Washington to the bill. You won’t find a national NIMBY group. Indeed, what opposition would come is when local governments hear from community members concerned about a particular project.

Dworkin and other legislative supporters believe that reservations against more housing density is a way, “To keep the ‘other’ out.”