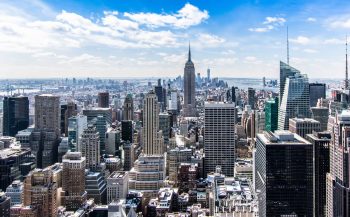 One common narrative about the changing migration patterns of the last year is that fear of the coronavirus and new remote work models led people to move to greener vistas. However, a new survey from the Pew Research Center shows that financial stress drove most decisions to relocate, especially as the pandemic wore on.

A high risk of contracting the coronavirus and moving to be closer to a family member also topped the list as reasons why some people decided to move, 14% and 17% respectively. College students moving due to campus closures was also among the most common reasons for migration to a new market, according to the survey.

But the definition of long-term versus short-term is becoming blurred as we approach the year-mark of the pandemic. At this point, most migrants have not returned to their previous market, according to the survey. The research also shows that people are getting comfortable in their new market. According to Pew, 69% of respondents said they reside in a different home than where they lived initially when they moved. Of those surveyed, 40% are in a different community and 29% are living in the same community where they lived before but in a different home.

This trend isn’t new. Many people began migrating out of major metropolitan markets due to financial concerns prior to the pandemic. The events of 2020 only accelerated those migration patterns, and the sunbelt has been the favored region for movers.