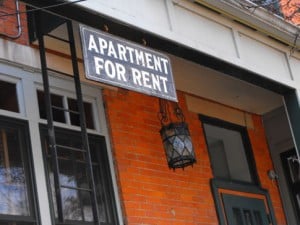 There likely won’t be another spike in rents, but rent growth is likely to persist for the long-term.

Last year, apartment rent growth was a tale of two cities, or at least two types of cities. Rents plummeted in major metros—in some cases by double digits—and jumped in small cities and suburbs—in some cases by double digits. This year, rents rebounded back in the big cities and continued to grow in emerging markets. This new period of rent growth is likely to be the new normal over the next 12 months.

“We have this supply-demand dynamic. All of the reports I am reading say the same thing: we have never seen anything like this before, and I think it will persist for a long time,” Blake Okland, vice chairman and head of multifamily investment sales at Newmark, tells GlobeSt.com. “The wind is so behind our back as it relates to supply in the submarket.”

Prior to the pandemic, there was a national supply-demand imbalance that had driven a near decade of multifamily rent growth. That dynamic didn’t change during the pandemic. Now, it is creating a foundation for a new cycle of rent growth, at least for the next 12 months. “We are not even a year into this dynamic,” says Okland. “Multifamily shows the best in a downturn. It is a very needs based asset. I think that the thesis for multifamily has continued to gain adoption both domestically and globally. It has become an increasingly desired and safe destination for capital.”

While rent appreciation is going to continue, it won’t be the dramatic double-digit growth numbers from the last year. That growth was the result of rapid and sweeping changes in migration patterns. “Without another migration spike that we saw last year, I think it is reasonable to say that we won’t see as outsized of an increase in rental housing,” says Okland.

Okland adds that the rapid rent growth this year was due to a limited leasing activity in 2020. “This year, I think the growth was enhanced by coming off of a very choppy leasing season,” he says.

Okland’s anticipation of continued rent growth is specific to institutional-grade product. “The stats are not the same for people that are in workforce housing multifamily. Those tenants don’t enjoy the same mobility geographically,” he adds.

Still, the strong demand for multifamily assets and the supply shortage across the country support continued rent growth. “There is a newfound optimism around rents,” says Okland. “This could be more sustainable than you would think; this is not just a one-year trend in reaction to question marks around pricing power following COVID.”