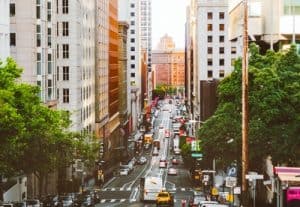 While this market was not immune from pandemic disruptions, it appears to be making a remarkable comeback that I don’t believe anyone would have predicted a year ago. The reason this is so surprising is that not only has the pandemic negatively impacted fundamentals, but so have stronger political headwinds.

For years, the policy pendulum has been swinging further against owners’ interests. While these headwinds have been impacting owners incrementally for many years, sweeping adverse state regulations were enacted in June 2019 that fundamentally changed the value proposition that apartment building investments offered in New York.

The June 2019 regulation changes essentially eliminated the ability of owners to extract the inherent upside potential that apartment buildings possessed, based upon artificially low rents created by rent regulation.

More importantly — and something that will have a devastating impact on the quality of our housing stock  —  the major capital improvement (MCI) and individual apartment improvement (IAI) programs have both been marginalized, creating a disincentive for the private sector to invest in upgrading their buildings.

A citywide dilapidation rate of 14 percent in the mid-1970s shrank to just 0.04 percent recently, based on these programs incentivizing the private sector to invest billions into our housing stock. That incentive is now gone.

Further, the political challenges continue to mount. Market participants today are concerned that “good cause” eviction — aka universal rent control — will be enacted in the next legislative session. The upside potential of rent-stabilized units was eliminated in the 2019 regulation changes and universal rent control would eliminate the upside potential of market-rate units. Additionally, several forms of draft proposals to end the benefits owners currently receive for combining and reconfiguring apartments are being formulated.

These political headwinds have been on the horizon for many years, causing perhaps the most troubling trend in decades: New York City multifamily investors, who for decades have only purchased apartment buildings in the five boroughs, deploying capital elsewhere.

This trend, along with historically low interest rates and several other factors, has caused a dynamic we have never seen: Cap rates on apartment buildings around the country, for the first time, are lower than they are in New York City. For decades, cap rates on New York City apartment buildings were 100 to 200 basis points lower than they were around the country and that dynamic has now reversed.

During the pandemic, we saw vacancy rates in market-rate apartments, which are normally a miniscule 2 to 3 percent, rise to 30 to 40 percent in some buildings and net effective rents fall, in some cases, by as much as 40 percent when accounting for concessions. Even though physical occupancy in office buildings here still only averages about 25 percent, the demand for apartments has been incredible.

Apartments are being rented at a faster pace than we have seen in recent memory and condominium absorption is robust for the first time in many years. Remarkably, approximately 70 percent of new apartment leases are being signed at rents above pre-pandemic levels. What will conditions be like when office occupancy gets back to “normal” levels?

These positive movements in the market have encouraged a new wave of young investors who are eagerly and aggressively pursuing New York multifamily investments. The biggest problem we are having today is a shortage of supply to satiate this new demand.

Younger investors have raised capital and are aggressively bidding on, and purchasing, apartment buildings. They are joining the small slice of historical NYC apartment building investors, who are laughing at the thought of geographical diversification, and are doubling and tripling down on multifamily investment And multifamily investors from around the U.S. are now first-time investors in our market, looking to NYC for yield — yes, yield.

Consequently, bidding wars are commonplace and deals frequently close in excess of initial pricing guidance. It is almost reminiscent of the go-go days of 2006 to 2007 or 2014 to 2015.

Today, it is a seller’s market for sure. If this isn’t evidence of the resiliency and strength of the multifamily market here, I don’t know what is. You gotta love New York!