Wells Fargo & Co. plans to shrink its vast mortgage empire, which once churned out one of every three home loans in the US and for a time made the bank the most valuable in the nation. 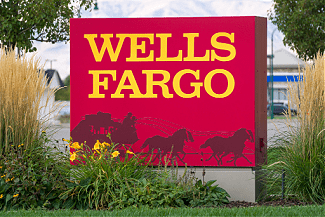 No longer committed to ranking No. 1 in the business, Wells Fargo’s leadership is preparing a retreat that will probably start with the bank’s ties to outside mortgage firms that generated roughly a third of its $205 billion in new home loans last year, according to people with knowledge of the decision. The strategy shift follows changes in the executive ranks and years of struggles to avoid costly regulatory probes and hits to the bank’s reputation.

In the past year alone, flareups have included a $250 million fine for lapses that hurt borrowers in distress, as well as revelations in a Bloomberg News report that Wells Fargo, more than any other major US lender, rejected refinancings for Black homeowners more often than White ones. Both topics are likely to come up when the heads of big banks go to Washington for congressional hearings slated for next month.

Wells Fargo was the lone holdout when giant US banks concluded after the 2008 financial crisis that mortgages are better done in moderation. Now, its executives are sketching plans that would curb new lending and related businesses such as loan servicing. One senior executive said it would be surprising if Wells Fargo’s mortgage business ends up as large as what JPMorgan Chase & Co.’s is today. With many details yet to be hashed out, the focus will be on lending to people with existing relationships to the bank, or in places where it’s already present.

“Wells Fargo is committed to supporting our customers and communities through our home-lending business,” the San Francisco-based company said in a statement. “Like others in the industry, we’re evaluating the size of our mortgage business to adapt to a dramatically smaller originations market. We’re also continuing to look across the company to prioritize and best position us to serve our customers broadly.”

Wells Fargo’s mortgage business may end up smaller than JPMorgan’s.

A debate inside Wells Fargo over what to do with the mortgage franchise has been heating up for months, with a consensus starting to take shape in recent weeks, according to the people. They asked not to be named discussing internal deliberations, which are continuing.

Retrenching will almost certainly include paring, or potentially even halting, so-called correspondent mortgage lending, in which Wells Fargo provides funding for loans arranged by outsiders, the people said. The channel offers benefits but also poses risks. Some banks use correspondent loans to diversify or round out portfolios they may keep on their balance sheets. A concern inside Wells Fargo is that when it finances large amounts of loans from other firms, it’s on the hook for any reputational damage if problems later surface.

Down the road, the bank’s third-party servicing business — which oversees billing and collections for some $700 billion in loans made by other lenders — will also shrink. One area Wells Fargo will likely examine is servicing of Federal Housing Administration loans. The bank already has pulled back from FHA lending. Some prominent bankers have complained over the years that handling FHA debts isn’t worth the risk that the government may fault their practices and impose heavy penalties.

Banks treat servicing rights as an asset that generates revenue over time. Wells Fargo valued the rights on its balance sheet at $10.4 billion as of midyear.

Less clear is what may happen long-term to the volume of home loans Wells Fargo makes directly, and how much the bank will stockpile on its balance sheet. Those decisions may depend more on how the economy and interest rates develop. But in one sign of the firm’s evolving philosophy, executives are already under orders to improve handling of applications from existing consumer-banking and wealth-management clients, rather than refer them to the same system used by non-customers. 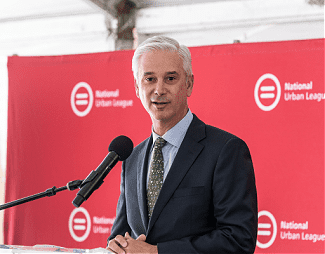 Charlie Scharf joined as chief executive officer almost three years ago to deal with a series of scandals that began with the revelation that the bank had opened millions of unauthorized accounts for customers. The abuses angered the public, thrust the company into Capitol Hill’s crosshairs and set off a pile of regulatory sanctions, including a Fed-imposed cap on the firm’s size. He embarked on a review of the bank’s operations, selling an asset manager, corporate-trust unit and student-lending book.

The question of whether to pare back mortgage-related operations arose repeatedly, according to insiders, but a number of key executives favored continuing the franchise’s dominance of the market. The firm hauled in more than $57 billion in fees from mortgage banking over the past decade, filings show. They don’t break out profits after covering costs.

In recent months, the tide began turning. And in June, Scharf signaled Wells Fargo was taking a closer look at mortgages. Weeks later he noted that he wouldn’t be tethered to the firm’s past ambitions there.

“We’re not interested in being extraordinarily large in the mortgage business just for the sake of being in the mortgage business,” Scharf, 57, told analysts on a conference call last month. “We are in the home-lending business because we think home lending is an important product for us to talk to our customers about, and that will ultimately dictate the appropriate size of it.”

That week, Wells Fargo announced that its head of consumer lending, Mike Weinbach, would be replaced by Kleber Santos, the lender’s head of diverse segments, representation and inclusion. Talks about strategic changes have since accelerated.

It’s quite a turnaround from just a few years ago when Wells Fargo was defending its mortgage crown from the advance of online lenders led by Rocket Mortgage.

“We want to be No. 1 regardless of who we’re competing with, because that’s the position we hold and we’re enthusiastic about it,” John Shrewsberry, the bank’s then-finance chief, said in early 2018.

Since then, Wells Fargo’s mortgage unit has repeatedly featured in scandals, with the bank vowing to do better. That year, the Office of the Comptroller of the Currency and the Consumer Financial Protection Bureau fined the company $1 billion for a variety of abuses including in mortgages. Among them, the firm overcharged some customers for locking in low interest rates.

Wells Fargo also disclosed that year that a software glitch caused the bank to deny loan modifications to some struggling buyers who would have qualified, leading it to foreclose on hundreds of them.

Then last year, the OCC punished the company again, citing a lack of progress in improving its systems for avoiding foreclosures and helping affected borrowers. The regulator ordered the bank to refrain from acquiring certain residential servicing rights from other firms and to ensure that certain borrowers aren’t transferred out of its servicing portfolio until it makes victims whole.

The latest issue in Wells Fargo’s mortgage business is a gap between the bank’s approval rates for Black and White homeowners who rushed to lower interest payments amid the Covid-19 pandemic. About 47% of Black people who filled out refinancing applications with Wells Fargo in 2020 were approved, compared with 72% of White homeowners. Since Bloomberg spotlighted the data, Wells Fargo has faced federal lawsuits and renewed scrutiny from lawmakers.

Wells Fargo has said it treats all potential borrowers consistently, regardless of their race or ethnicity, and that an internal review of 2020 refinancing decisions showed “additional, legitimate, credit-related factors” were responsible for the differences.

Shrinking — even in a downturn — will be complicated. Economic uncertainty and higher Fed rates can hurt the value of some mortgage assets. The bank will also have to navigate the OCC’s restriction on transferring many servicing customers out of the firm. Executives expect the process may take years.

Once done, it will close a chapter in the industry.