Home · Property Management · Real Estate Investing · Want to own an apartment building? Buy a distressed hotel for pennies on the dollar 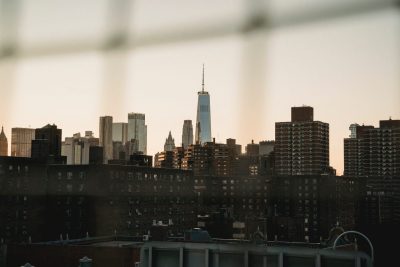 Communities are desperate for more affordable housing, but the cost for developers is just too high. Land, labor and materials were pricey before the coronavirus pandemic, and they are even more so now.

That is why some creative developers are now turning to hotels – and it appears to be a match made in real estate heaven.

The stay-at-home culture of the pandemic has hit the hotel sector hard. The share of hotels behind on their mortgages rose to just over 18% in December, up from less than 2% a year ago, according to Fitch Ratings. Hotels are suffering even more than retail real estate.

But that creates an opportunity for investors, like David Peters in Minneapolis, who is buying distressed hotels at bargain basement prices, and converting them to affordable apartments.

Suite hotels are cheaper to convert, as they already have kitchens. Standard rooms don’t require all that much work, either. The demand for these affordable units is only getting stronger.

“What we saw when the pandemic struck was even more demand for the micro-apartment style of affordable housing,” Peters said.

Peters bought a hotel on the outskirts of Minneapolis just before the pandemic struck. He converted it into small apartment units. He left some rooms as hotel units so he didn’t have to deal with changing the zoning.

“When we purchased this hotel we were sitting at very low occupancy, and within a matter of a couple of months, as we were renovating units, and even some of the units before we renovated them, we were able to get people into them,” Peters said.

The shortage of affordable housing is now critical. So-called Class C housing stock is now 96% occupied nationally and 99% occupied in the Midwest, according to RealPage, a property management software company. Pricier, so-called Class A apartments, are more plentiful.

Class C housing stock is decreasing even more, as investors buy older buildings and upgrade them in order to achieve higher rents. The difference in monthly rent between a Class A and Class C property averages around $600, according to Willett.

That price difference is critical to renters like Michelle Wickstrom, who recently moved into Peters’ Minneapolis apartment property. Wickstrom said she was relieved to find it.

“It’s hard to find anything that’s affordable or within my price range,” Wickstrom said. “There’s not a lot of low-income housing or anything in this area.”

Zoning is different for hotels and multifamily apartments, so sometimes the deals can be tricky. Peters, however, says that if developers work closely with local municipalities, they can get the deals done.

“I think it really is community by community and opportunity by opportunity, but I know that they’re very excited, because the last thing they want to have is a building with 120 units, and it’s sitting empty,” he said.

Peters has two other deals in the works, another in Minnesota and one in Sioux Falls, South Dakota. The property in South Dakota had an appraised value of about $6 million in 2017. Peters is expecting to acquire it for $3.2 million because the owners defaulted on their loan.

It is not difficult to find capital for the projects, he said, as investors in today’s low interest rate environment are looking to real estate for higher returns.

“We can offer the potential residents a better value, and we can offer the investors a good solid return, so I’ve actually seen a fairly high amount of interest in it,” Peters said.