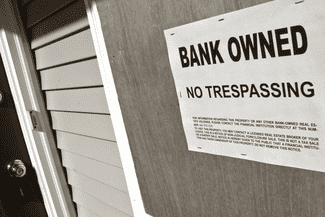 Zombie Foreclosures Up 3 Percent from First to Second Quarter of 2022 as Foreclosure Activity Increases 13 Percent;

Zombie Properties Still Represent Just One of Every 13,200 Residential Properties in U.S. and Remain Down Annually

ATTOM, a leading curator of real estate data nationwide for land and property data, today released its second-quarter 2022 Vacant Property and Zombie Foreclosure Report showing that 1.3 million (1,304,007) residential properties in the United States sit vacant. That represents 1.3 percent, or one in 76 homes, across the nation.

“The incidence of zombie-foreclosures tends to be higher in cases where the foreclosure process has dragged on for many months and sometimes even for years,” said Rick Sharga, executive vice president of market intelligence at ATTOM. “We’re now seeing properties where the borrower was already in default prior to the government’s moratorium re-enter the foreclosure process, and undoubtedly some of these homes will have been vacated over the past 26 months.”

The number of zombie-foreclosures does remain down 6.3 percent from a year ago and continues to represent just a tiny segment of the nation’s total stock of 99.7 million residential properties. Just one of every 13,171 homes in the second quarter of 2022 are vacant and in foreclosure, meaning that most neighborhoods have none. The portion of pre-foreclosure properties that have been abandoned into zombie status also continues to decline, down from 3.6 percent a year ago to 3.2 percent in the first quarter of 2022 and 2.9 percent in the second quarter of this year.

But the recent increase in zombie properties is the first since the moratorium ended. The portion of all residential properties sitting empty in the foreclosure process has grown 1.9 percent in the second quarter, up from one in 13,424 in the first quarter of this year.

The upward second-quarter foreclosure trends – in both overall and zombie-property counts – add to a list of measures showing how the decade-long U.S. housing market boom remains strong but also faces a possible slowdown this year.

Median single-family home prices have shot up 17 percent over the past year and typical home-seller profits remain historically high, at nearly 50 percent. Homeowner equity continues rising, greatly limiting the likelihood that homeowners facing foreclosure will simply walk away from their homes.

“According to our equity report, almost 90 percent of homeowners in foreclosure have positive equity,” Sharga added. “Having equity gives financially-distressed homeowners an opportunity for a relatively soft landing – selling their home at a profit rather than losing everything to a foreclosure. That factor alone should keep the number of zombie-foreclosures from rising too much.”

The median home value nationwide went up just 3 percent from the third quarter of last year to the first quarter of this year and home-seller profits have ticked down in 2022. At the same time, investment returns for speculators who flip properties have hit their lowest point since 2008. Beyond that, an estimated 1.5 million to 2 million homeowners fell behind on mortgages after the pandemic wiped out millions of jobs prior to the economy recovering last year.

Zombie foreclosures up quarterly but still down annually

Overall vacancy rates down annually in most of nation

Other high-level findings from the second quarter of 2022: