With a road to recovery in sight, multifamily investment activity regained some steam this year. According to Yardi Matrix data, between January and May 2021, transaction volume nationwide surpassed $30 billion. This represents a 33 percent increase from the prior year when $22.5 billion in deals closed over the same period of time.

In the Northeast region, multifamily deals amounted to more than $3 billion, nearly on par with the $2.9 billion recorded between January and May 2020. The transactions included more than 14,300 units, and assets in major multifamily metros such as Manhattan and Boston traded for the largest amounts. These are the leading markets in the region for multifamily investment, based on Yardi Matrix data.

The metro has become an appealing alternative to New Yorkers who relocated during the pandemic thanks to lower rent prices and homeownership costs. This influx of new residents created an uptick in multifamily investment, which amounted to $211 million across 2,601 units as of May.

The largest sale year-to-date in May was White Oak Partners’ acquisition of The Manor at Downingtown, a 244-unit community at 1236 East Lancaster Ave. in Downingtown, Pa. Local investor Korman Communities—the owner of more than 1,500 units in Philadelphia—sold the asset for $42.3 million last February.

Similar to Philadelphia, Bridgeport-New Haven has been reaping the benefits of nearby residents fleeing the Big Apple, bolstered by Connecticut’s low mortgage rates. A total of 2,510 units changed hands in the first five months of the year for $527.3 million.

Heightened investor interest was mirrored through multiple companies entering the local multifamily market. In early March, New York-based Sym Investments purchased the 340-unit The Royce at Trumbull in Trumbull, Conn., for $82 million. The seller, a joint venture of Paredim Partners and LEM Capital, disposed of other properties in the first quarter, including the 302-unit Woodbury Knoll in Woodbury, Conn. 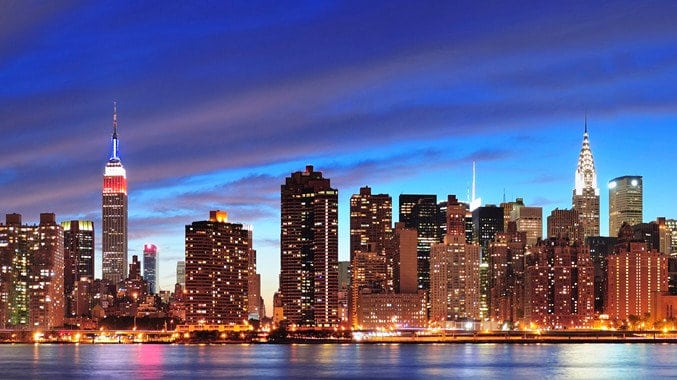 New Jersey emerged as one of the leading markets in the region in terms of multifamily development. Things looked bright on the investment side as well, as some 3,700 units sold for $620 million this year through May. The deals also involved three portfolios acquired by AION Partners, Spaxel and a private entity.

However, the largest transaction was a single-asset sale. In a $129.5 million deal, Rockwood Capital purchased The Brownstones at Englewood South, a 350-unit community located at 73 Brownstone Way in Englewood, N.J. The sale was funded by a $76 million loan provided by Brookfield Financial.

More than 2,220 units traded for $699 million in the first five months of 2021, with investment activity fueled by Boston’s already strong fundamentals. All deals involved properties located in suburban submarkets such as Lawrence, where a quarter of these occurred.

The largest transaction closed in Everett, Mass. In April, Post Road Residential sold The Pioneer, a 289-unit high-end community completed in 2019. In one of the largest sales in the Northeast, Northwestern Mutual Real Estate purchased it for 132 million, or $456.74 per unit.

The borough continues to boast one of the most expensive rents in the nation—and the prices at these properties sell will likely continue to soar once the market rebounds. Six properties totaling 1,064 units sold for $718 million as of May, with many of them consisting of refurbished prewar buildings.

In what’s believed to be one of the city’s largest multifamily sales of the year, Related Cos. acquired Lands’ End, a 489-unit affordable housing community in the Two Bridges neighborhood for $424 million. A joint venture between CIM Group and L+M Development Partners was the seller, which disposed of the two-building asset after owning it for seven years.