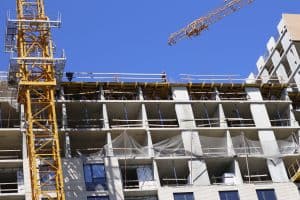 Affordable housing developers have plenty of options when it comes to the type and style of community they build. But while new construction allows them to start with a blank slate, quality land sites can be difficult to find, particularly in urban areas where the need for affordable housing— including homes that serve low-income seniors and other vulnerable populations—is greatest.

Yet in many neighborhoods, solutions are hiding in plain sight. According to research from Yardi Matrix, over the last 70 years, almost 2,000 old buildings were converted into apartments, including approximately 800 in the last decade alone—an all-time high. The same report found that a large share of the repurposed buildings are used for affordable housing, with 42 percent serving low-income renters and 23 percent targeting middle-income households.

The adaptive reuse of existing structures carries numerous benefits that differentiate the approach from ground-up development. From time and cost savings to measurable environmental benefits, the advantages can be leveraged from the earliest stages of a project, beginning with the community review process.

Affordable housing developments historically have been a tough sell to neighbors due to misguided beliefs about the types of residents they serve and stereotypical associations with crime. But even the most vocal NIMBY groups would agree that blighted buildings are worse, making the adaptive reuse of vacant structures more palatable to those who might oppose a ground-up development.

Local officials are also similarly motivated to redevelop underutilized sites that have become an eyesore to their community. This is especially true for recognizable, sometimes historic structures that have become local landmarks, even if they aren’t formally protected as such. By offering to restore them to use—albeit of a different kind—developers may have an easier time navigating the review and entitlement process.

Our firm, Evergreen Real Estate Group, has successfully refurbished two former hospitals in the Chicago area, both of which served as anchors in their respective communities. In west suburban Aurora, we converted the old St. Charles Hospital —a historic art deco structure that sat empty for nearly five years—into Aurora St. Charles Senior Living, a 60-unit affordable senior housing community that was completed in 2016. This past year, we employed a similar approach on Chicago’s North Side with Ravenswood Senior Living, which transformed the former Ravenswood Hospital into a pioneering combination of independent living and supportive living.

Adaptive reuse projects also offer developers a number of financial benefits, such as the use of historic preservation tax credits. Because the former St. Charles Hospital was listed on the National Register of Historic Places, we were able to utilize this tool in our conversion of the property into affordable senior housing. Without this tax credit, the development would not have been viable, demonstrating how these tools truly can make or break a project.

Of course, additional savings can be realized by rehabbing an existing building rather than constructing one from the ground up. With material and labor costs putting a strain on many project budgets, even prompting delays in some cases, the ability to salvage at least a portion of the old structure can help control costs while shortening the overall timeline of the redevelopment.

Architect Carl Elefante once said, “The greenest building is the one that is already built,” and there is more truth to that statement each day as concerns over climate change grow.

Currently, embodied carbon accounts for 11 percent of global greenhouse gas emissions and 28 percent of building sector emissions—the latter of which is projected to climb to 49 percent by 2050 without actions taken to reduce the environmental impacts of new construction. The adaptive reuse of existing buildings often involves substantial renovations, but by preserving the original foundation and structure, it still translates to a significant decrease in embodied carbon emissions. Preserving older buildings also reduces the emissions associated with demolition.

A final benefit of adaptive reuse is the sense of nostalgia such projects are uniquely positioned to evoke. Thoughtful renovations can preserve high-quality materials and treatments that are rarely used in new construction due to their present-day costs. When developing Aurora St. Charles Senior Living, for example, we sought to showcase many of the building’s original design features, including terrazzo and stone floors in common areas as well as oversized windows in each residence, recognizing the character they added to each space.

Our Ravenswood Senior Living adaptive reuse stands out as a beloved neighborhood landmark that is the tallest building in the area. Residents on the upper floors enjoy spectacular views of the city skyline and Lake Michigan, helping them feel connected to their Chicago surroundings.

Reimagining a community anchor as housing can also make it more marketable upon completion. Many times, prospective residents have a direct connection to the building, such as being born in a hospital, staying in a hotel, or knowing someone who worked in a factory. By embracing a structure’s past, developers can create a one-of-a-kind offering that, upon completion, has already stood the test of time.