The Top Destinations For Renters Moving Across State Lines

Nearly 11% of all renters interested in moving out of state chose Texas. 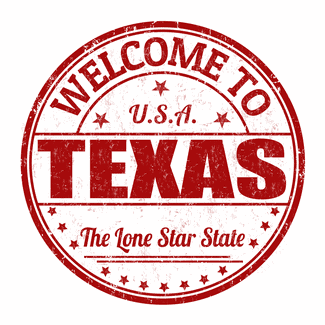 US renters are increasingly turning toward so-called feeder cities, with two cities in the Dallas-Fort Worth metro area leading the charge.

Irving and Lewisville were the top cities luring renters last year as a percentage of population, according to a recent analysis by Storage Café’s Francie Chantree.

“Texas, and the Dallas–Fort Worth Metroplex in particular, strongly attracted incoming renters, just as they have been drawing in developers of storage and pretty much every other type of real estate,” Chantree writes. “Communities a few miles out from the centers of metropolitan areas — and acting as ‘feeder’ cities, as their residents often commute — experienced some of the highest influxes of renters in relation to their population numbers.”

Top market Irving “checks many boxes,” with an inbound versus outbound ratio of 3.2. That means that for every renter who left Irving in 2021, 3.2 people arrived.

Storage Café’s most recent research into US migration patterns reveals that renter interest also strengthened in general last year, with a 10% uptick in renter applications last year over 2020 figures. Nearly 11% of all renters interested in moving out of state chose Texas, according to the analysis,  and Dallas itself also landed within the top 20. The two DFW suburbs were followed by Orlando; Arlington, Va.; Palm Bay, Fla.; Boulder, Colo.; Atlanta; Jersey City; Tempe, Ariz.; and Washington, D.C., which rounded out the top 10.

Demographics are also at play, with millennials emerging as the generation most “on the move” across the country.

“Millennials are the renter age group most frequently wishing to move across the nation — 2.6 and 4.6 times more than Gen Xers and boomers, respectively — often reaping advantages by leaving large cities for smaller ones nearby or for ‘Cinderella’ states such as the Dakotas,” Chantree says.

As the costs of homeownership continue to skyrocket, an ever-increasing number of would-be buyers are looking to rent.  But they’re frequently searching for amenities like more space (think SFR) and private yards – and they’re also different in a few key demographic ways. Research from The Amherst Group shows that single-family renters in homes constructed after 1980 tend to be larger families with more children. They are also typically younger and more likely to be single parents than owners, suggesting “it may take more time for these households to accumulate the requisite down payment and afford the monthly mortgage servicing payments,” the report notes, adding that 85% of SFR residents would not qualify for a mortgage.