If you want to rent your Sedona second home to a local worker, the city will give you a stipend of up to $10,000. 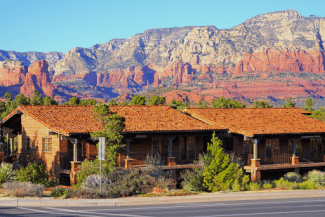 According to NBC 12News, Sedona homeowners can get a stipend of up to $10,000 for a three-bedroom house or $3,000 for one bedroom, provided they rent to a person who has worked at a business in Sedona for a minimum of 30 days and works at least 30 hours a week, the outlet added.

Earlier this month, Sedona’s city government approved a plan to put aside $240,000 for stipends for those who rent their homes to people who work in town. NBC 12News noted that, per public records, about “15% of Sedona’s homes currently operate as vacation rentals at unattainable prices to most of the community’s workers.”

Airbnb reported earlier this month that it is seeing more hosts on the platform as inflation increases. Airbnb did not immediately respond to Entrepreneur’s request for comment.

“With gas prices rising, we can’t keep expecting people to live an hour away,” said Shannon Boone, housing director the city’s economic development division, according to the outlet.

Vacation towns like Sedona have struggled to provide affordable (and geographically proximal) housing for the people who work inside city limits. In Crested Butte, Colorado, for example, one restauranteur built affordable housing units on her own for her workers, according to Inc.

There’s also a broader housing shortage in the US.

Boone told Insider that while Sedona wants to keep short-term rentals, it’s become difficult to keep people housed who work in the town.