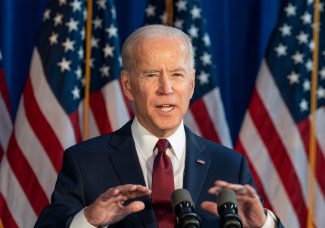 The Centers for Disease Control and Prevention (CDC) announced Tuesday it will extend the federal eviction moratorium through October 3, 2021 after the ban lapsed over the weekend.

The announcement comes after pressure from House Democrats including House Speaker Nancy Pelosi, D-Calif., Rep. Maxine Waters, D-Calif., and Rep. Cori Bush, D-Mo. The White House previously said Biden did not have the authority extend the ban, given a June Supreme Court ruling that said only Congress can enact a such a ban. Congressional Democrats did not appear to have enough votes to do so, and the House is currently in recess.

Now, the CDC will instead issue a ban in counties “experiencing substantial and high levels of community transmission levels” of in Covid-19, which will cover an estimated 90% of renters, according to Sen. Chuck Schumer, D-N.Y.

The White House is also calling on state and local governments to do everything they can to get out the $46 billion in emergency rental relief Congress has allocated. So far, only an estimated $3 billion has been disbursed.

The extended moratorium should give states the time they need to get the money out, says Diane Yentel, president and CEO of the National Low Income Housing Coalition (NLIHC).

“This is a tremendous relief for millions of people who were on the cusp of losing their homes and, with them, their ability to stay safe during the pandemic,” Yentel says.

An estimated 11 million adults are currently behind on their rental payments. Since the moratorium expired on Saturday, housing attorneys said there had already been an uptick in eviction filings.