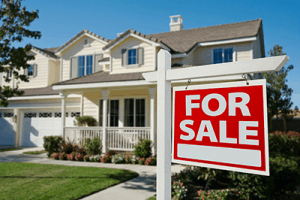 Although homebuying season seemed to have arrived early this year, Zillow says that homes listed in May generally sell for more than other times during the year.

In fact, the Mortgage Bankers Association said that January 2020 was the strongest January for purchase mortgage applications in 11 years.

Even so, as the weather heats up, American home shoppers continue to come out of their winter hibernation to look for new digs. And families with kids, which make up a large percentage of homebuyers, are more likely to be eager to buy, sell or move over the summer to not interrupt their child’s school experience.

Spring is the universal start to homebuying season, but in May specifically, homes that hit the market early in the month sell for almost 1% more than expected, according to the Zillow report.

Not only do they go for more, but homes sold in May also sell about six days faster than on average, Zillow said in the report.

Although homes on the market in May could sell for more, homes listed during the month of April actually sell quicker. And, homes listed on the weekends are viewed the most on Zillow’s website.

New listings get the most attention on the weekend and within the first two days of being on the market. Zillow refers to this as the “honeymoon phase,” and interest in these homes quickly fades afterward.

By the fifth day, the typical home listing has half as many views as it did on the first day. After two weeks, listings fall by half again, to one-quarter of its initial traffic, Zillow said.