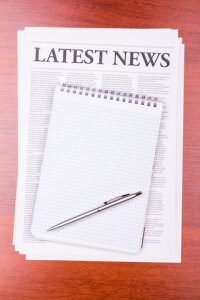 Police responding to a disturbance in Van Nuys, California discovered that a tenant was manufacturing a dangerous hallucinogenic drug in his rental apartment.

According to a news report, four of the officers responding became ill shortly after entering the apartment. The officers, along with another resident in the apartment, suffered dizziness and headaches, and were forced to exit.

It was later determined that the illness was caused by fumes from a drug lab. Police said that they discovered what appears to be mimosa root bark, brown liquid and plastic bags used to manufacture DMT, a drug which causes hallucinations but for a shorter period of time that LSD, according to the report.

Other residents of the building were forced to evacuate.

While drug manufacturing is illegal, a landlord could be liable for any injuries if it is determined they were negligent in managing the property.

All landlords should start by running criminal background checks to prevent renting to tenants who have a history of illegal drug manufacture or sales. It is also critically important to supervise tenants throughout the term of the lease, including inspections of the rental property from time to time.

Rental owners often are forced to shoulder the cost of drug lab clean-up, and officials may have to inspect the unit before the property can be rented again.

Read more
Reporting Apartment...
Residents more often pay on time and seek communities that enable rent reporting. Reporting renter...
Read more
How Debt Affects Your...
As you've probably already figured out, debt plays a big part in your financial life. Not only...
Read more
How to Avoid...
The Fair Housing Act makes it illegal for landlords to discriminate against tenants or prospective...
Read more
The Art of Tenant...
By Jason Kogok, Author of Plug the Holes Fill the Barrel  The best investors have one thing in common...
Read more
How Long Does It Take...
Establishing a good credit score takes patience and discipline Building a good credit score from...
Read more
Gov. Gavin Newsom Signs...
The state of California will be sealing the criminal records of select former offenders if a certain...
Read more
Fannie Mae Initiates...
The government-sponsored enterprise will cover the costs of the program for multifamily borrowers for...
Read more
The Average Credit...
Credit scores saw a jump during the first year of the pandemic. Now, amid high inflation and rising...