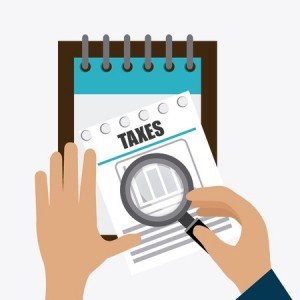 The newly passed Republican tax bill is creating end-of-year confusion and anxiety for homeowners. With just a few days left in 2017, many are in a frenzy trying to figure out how they can pay some of their 2018 property taxes now to save money once the bill goes into effect on Jan. 1, 2018.

The new tax bill caps the amount you can deduct for state, local, and property taxes at $10,000.  That’s going to hit hard in states such as California, Connecticut, New York and New Jersey – states where the average state and local deductions in 2015 all topped $17,000,” said the Houston Chronicle. “In New Jersey, the average property tax bill alone was nearly $8,300 last year and there are scores of towns where the average bill is above the $10,000 threshold.”

In some jurisdictions, prepayment has been allowed for years, although, “Others are scrambling, working to ensure that those who want to pre-pay can — even if the jurisdiction can’t necessarily guarantee the pre-payment will be deductible, said CNN Money.”

That’s because the IRS has has not ruled on whether prepayments for 2018 taxes will be deductible on 2017 tax returns. But, that hasn’t stopped some jurisdictions from trying to help.

According to the Washington Post, “The Montgomery County Council broke its winter recess Tuesday to pass a bill allowing residents to prepay 2018 property taxes, a last-minute chance for homeowners in Maryland’s largest jurisdiction to mitigate the impact of a new federal cap on tax deductions.”

New York Governor Andrew Cuomo issued an executive order Friday “allowing for partial payments on 2018 property taxes, which could help some looking to at least pay off some of the 2018 bill in 2017,” said the Democrat and Chronicle. “There’s a state law now that does not allow partial prepayment and we are going to suspend that law through the emergency executive order until Jan. 2,” he said.

The publication added that, “Counties and towns in New York are scrambling to get their property-tax bills out to give people a chance to pay before the new federal income-tax overhaul takes effect.”

Newsday reported that “Thousands of Long Island property owners are rushing to prepay their second-half school taxes, as well as their general taxes, before the year ends on Sunday.

Similar trends are being seen across the country. In Minnesota,” Counties throughout Southeast Minnesota are reporting a surge in early payments in an effort to cash in – for one final year – on a deduction that the coming federal tax overhaul will limit,” said the Post Bulletin. While, in Tampa, the Florida Tax Collector’s Association crushed homeowners’ dreams by issuing a memo that read, “No, 2018 taxes may not be prepaid in 2017 in Florida because prepaid installments may only be made once the current year’s tax roll is open for collection,” said the Tampa Bay Times.

In Contra Costa County, CA, “Some taxpayers have been disappointed that they can’t make an even larger payment now on their 2018 bills in order to deduct more on their 2017 federal taxes,” said The Mercury News. “But that’s just not possible,”  officials around the region stress.  Russell Watts, treasurer-tax collector of the county told them that, “We couldn’t magically create these 2018 bills so these people have a place to park their money.  Our system wouldn’t be able to handle receiving these payments.”

California homeowners can, however, pay “the last installments of your 2017 taxes – which are not due until next year – before 2018. If you itemize, doing so could save you big money on your federal tax bill this year,” said The Mercury News. “California taxpayers pay their property taxes in two installments, due in December and April. Conventional wisdom has long held that it’s better to wait to give your money to the taxman, and many people don’t pay until the deadline. But that’s not necessarily the best plan this year. Paying that second installment by Dec. 31 could make a substantial difference: If you own a $1 million home, for example, you could save more than $1,000. (With a one percent property tax rate, you would owe $10,000 annually, or $5,000 due in April. If you’re in a 25 percent tax bracket, that equals a $1,250 deduction that could be lost if you wait until 2018.)”

So how do you know what you can do?

You have a few days left to consult your tax professional to find out what the best strategies are for your financial situation and your location and make any potential moves before the New year.

“There’s no one-size-fits-all strategy,” Edward Arcara, a Buffalo accountant who heads the New York chapter of the National Association of Tax Professionals, told the Democrat and Chronicle. “Tax professionals have to look at everything on a case-by-case basis. It depends on what your situation is.”