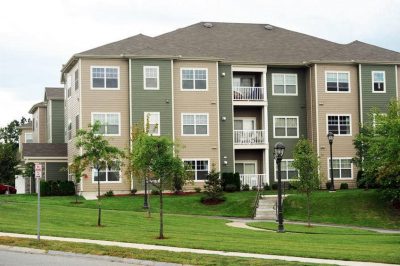 Though the rental market in major cities has been hard hit by the Coronavirus pandemic—plagued with a mass migration by remote workers seeking larger homes, as well as relocations because of social distancing concerns—it appears that the suburbs have not just survived COVID-19’s wrath, they’re thriving in spite of it.

“While rents have declined steadily in the larger, denser, principal cities at the core of each metropolitan region, rents in the outlying suburban areas have, on the whole, rebounded to pre-pandemic levels,” according to a new report from Apartment List.

From June through September, rents dropped in cities but “quickly rebounded” in the suburbs from losses that were seen from March to June across all of the property type’s markets, the report stated. In October, rents were 0.5% higher than they were at the start of the year, and came in just under their pre-pandemic peak in March.

Suburbs are outpacing cities across the country. In 27 of 30 large metropolitan areas tracked by Apartment List, “principal cities are experiencing faster rent drops or slower rent growth than their surrounding suburbs. And in 11, including major economic centers like Atlanta, Dallas, and Philadelphia, apartments in the principal city are getting cheaper while at the same time apartments in the suburbs are getting more expensive.”

The data jibes with other recent research concerning the impact of move-outs from cities, and the resulting strength of the suburbs. A recent report from Redfin showed that in the third quarter 29.2% of Redfin.com users looked to move to another metro area—the highest share since Redfin started tracking migration at the beginning of 2017. The uptick is partly due to the pandemic, Redfin stated, as well as the now pervasive work-from-home culture.

CoStar Advisory Services consultant Joseph Biasi in October also pointed up the success of the suburbs. “We do see some strengths with suburban apartments. If this work-from-home trend is going to be a little bit longer term, people will feel more comfortable with moving out into the suburbs.”

Efforts to socially distance also are fueling shifts away from major cities to the suburbs, he noted. “Some people just don’t want to be in enclosed, dense areas.”