Some landlords say simplified rental relief program is too little, too late 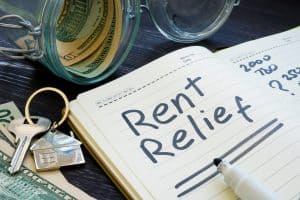 WATERTOWN, New York (WWNY) – Getting money to renters and landlords hurt by the pandemic is turning out to be a challenging process. As New York attempts to simplify its rental relief program, some property owners say it’s too little, too late.

Governor Cuomo announced on Monday a more relaxed rental relief program, cutting back on what needs to be submitted by both tenants and landlords.

The state is also deploying more staff to help with the current backlog of almost 5,000 applications that have already been approved

“They need to get the money out so that people are stable in their housing and that’s one less thing they have to worry about come time the moratorium ends,” said Teresa Gaffney, Jefferson County Department of Social Services commissioner.

The tenants are the ones who start the process, but for some local property owners, getting those who are struggling to do so has become the biggest challenge.

“I think what the state’s doing is going to help, but I think a lot of who aren’t paying really aren’t going to pay,” said Michael Hall, broker/owner, North Star Real Estate.

Hall says they have tried everything to help the handful of tenants who aren’t caught up, but some tenants don’t want to hear it.

“A lot of them who are behind are just not caring and they’re just riding it out until the eviction moratorium is up and then we are going to have to proceed with an eviction,” he said.

Forte Management Group owner Stephen Byer says he has about 30 tenants who are over a year behind.

“Most of what you are seeing now is people honestly just playing the system. We’ve handed out packet after packet to people saying, fill this out, you will get some help from the state or the federal government. They won’t even take the time to do it because there is nothing you can do about it,” he said.

Byer feels the state’s way of getting them back what they are owed should have been different.

“If New York state really wanted to help out, what they would do is cut the tenant out of the middle and say let’s just go to the owners and the landlords and say, okay, how far are you behind from you got paid and just deal directly with the landlord,” he said.

With these new improvements in place, the state is hoping to send out all backlogged payments to landlords by August 3 and be current on all applications by the end of August

The current eviction moratorium is slated to end on August 31.