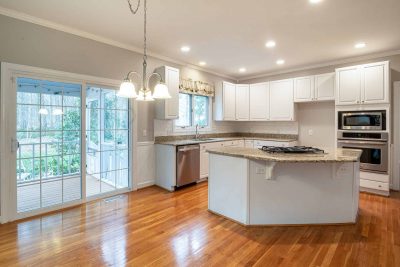 Multifamily developers are flexing their muscles, “flexing” being the operative term. As in being flexible enough to adapt to today’s turbulent market.

Some are even adjusting on the fly, modifying their buildings to meet renters’ new and ever-evolving expectations and making changes to new projects during construction, reports Ben Creamer, founder & managing broker of Chicago’s Downtown Apartment Co., a full-service brokerage specializing in luxury units.

“Some apartment communities have retrofitted empty units into offices, while others have turned theaters into conference rooms or divided large common areas into smaller private spaces,” Creamer says. “It’s inspiring to see so much innovation and resiliency in the apartment market.”

It’s steps like these that will help the apartment sector meet the projections in CRBE’S 2021 U.S. Real Estate Market Outlook that have the market not only returning to pre-pandemic vacancy levels this year but also seeing a net increase in rents.

As Creamer sees it, flexibility will be key going forward as developers, management companies and landlords navigate the market. “It’s all about generating loyalty and attracting new tenants, so renters are back in the driver’s seat,” he says. “Lease conditions that were once set in stone, such as the traditional 12-month lease, are now negotiable, giving renters more leeway to customize terms to better accommodate their needs.”

According to several Midwest apartment experts, the following are two key trends will standout going forward.

Home builders learned long ago to bring the outdoors in, and now apartment developers are doing the same. “With more people spending time at home, it’s important to thoughtfully create a variety of spaces that allow residents to find inspiration in their natural surroundings and recharge,” says architect David Hovey Jr., president of Optima Inc.

Optima Inc. has long made biophilic design a hallmark of its work, but it’s going greener still with three new projects. In the Chicago area, for example, Optima Lakeview will feature a distinctive landscaped interior atrium that will run through the building’s seven-story core and bring light into both the residential and retail areas of the building.

In Scottsdale, Ariz., Optima Kierland offers a dramatic vertical landscaping system that can be seen from every one of the 363 rental units and 433 condo apartments. And for the recently announced rental project in downtown Wilmette, Ill., Optima will import the landscaping model it is creating in Arizona, including hand-selected plants that will stay green year-round.

“Because we serve as both architect and developer on our projects,” says Hovey Jr., “it makes it easier to prioritize these green spaces, which not only improve the air quality for our residents, but also those living near our buildings, as vertical gardens filter pollutants and carbon dioxide out of the air.”

In designing the interiors for Westerly, a new development by Fifield Cos. in Chicago’s River West neighborhood, Tyler and her team contrasted the property’s urban setting and industrial flavor by infusing common areas and amenities with lush greenery, wall installations of foliage and planting boxes in the penthouse-level party room and dining space.

“The greenery especially contributes to the feel of the relaxing, calm sanctuary we strove to create, which is so important to today’s renters who want to come home and escape a bit from the city,” Tyler says.

Large outdoor terraces and floor-to-ceiling windows are another way to bridge indoor and outdoor spaces, making abundant natural light and sky and treetop views part of the everyday living experience. At Parkline Chicago, a luxury tower in Chicago’s Loop with 24 condos and 190 apartments, a glass facade draws light into the center of each unit, often illuminating the entire residence.

“There’s an intentional fluidity between the indoor and outdoor spaces of Parkline’s units, as we didn’t want residents to only feel connected to natural surroundings if they were on a terrace,” explains Thomas Roszak, the architect president of Parkline developer Moceri + Roszak.

“We know, especially from this past year, that people value nature more than ever, so we want them to embrace it as much as they can, which is easy to do when a view from this building means looking onto the beautifully landscaped Millennium Park and Lake Michigan.”

To streamline financing, marketing and construction, most apartment developers establish their amenity spaces well before ground is broken. But some are challenging this norm by refusing to define those spaces in advance, preferring instead to wait until the last possible moment to determine uses that coincide with current demands.

Take the James McHugh Construction Co., which started work in December 2016 on the 76-story NEMA Chicago, the city’s tallest rental tower. It “white boxed” a portion of the building’s 48th floor amenity space, leaving it raw without interior walls or finishes. The space was tentatively earmarked for a yoga studio, but just in time for residents who were forced to work from home, it was built out as six executive boardrooms as McHugh finished the building last year.

“Tastes and trends can change dramatically between groundbreaking and first move-ins,” warns David Steffenhagen, senior project manager for McHugh Construction. “For super tall projects, which can take three to four years to complete, it makes sense that more developers are pushing the envelope on just how long they can wait before making a decision.”

Sure, its better for the budget to order materials and schedule labor as early as possible. Not to mention the ability to secure construction financing. But it’s more expensive to finish a space, only to have to renovate it a few months later, says Steffenhagen, who expects to see “even more projects wait until the last minute to finalize details so (they) are as close as possible to constructing in real time to meet residents’ current needs.”

By interpreting meticulous research, interior design firm Mary Cook Associates knows how and when—often down to the hour—residents are using the common spaces of the buildings it designs. That’s why some of its conversations with developers now focus on programming spaces with flexibility and adaptability so that intended use isn’t as stringent as it might otherwise be.

“With a comprehensive understanding of who the target residents are and how their priorities may change, we are able to create spaces that serve one purpose today and another tomorrow,” says the firm’s founder, Mary Cook. “By leaning into the deep insights provided by psychographics to guide our design, we help developers get it right the first time and not have to ‘fix’ it down the line.”

To build flexibility into spaces, the firm often prescribes movable partition walls, retractable glass doors and adaptable seating configurations to ensure a work-from-home lounge can transition into, say, a cocktail bar at night, or a virtual conference room can transform into perhaps a rentable private dining space. “This puts our clients in a much better position if they ever need to change course with a space,” Cook explains.