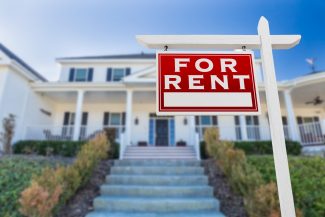 Florida saw the largest rent hikes during the pandemic

You could buy a top-of-the-line laptop and a new cell phone to match, or you could pay one month’s rent for a single-family home in Los Angeles.

Enforcement of the now-expired Centers for Disease Control eviction moratorium was inconsistent to begin with, and in some areas there have been few checks on tenant turnover and rent increases even during the pandemic.

In some areas, the HouseCanary study found, single-family rents skyrocketed. A median single-family rent in Cape Coral-Fort Myers, Florida stood at $1,800 in March 2020, but by October this year, had doubled to $3,600.

“If workers are allowed to relocate, it’s hard to lose in a state where there’s 0 income tax, good weather year-round, and a lower cost of living than in New York or traditional financial centers,” said HouseCanary co-founder Chris Stroud, who leads the firm’s research efforts.

The HouseCanary study said a lack of supply is driving the surge in single-family rents. The supply woes have worsened during the pandemic, particularly in Baton Rouge, Louisiana, where the supply of properties for rent since the start of the pandemic decreased by 78%. In New Orleans, available rental properties decreased by 73%, and in the Winter Haven area in Florida, availability decreased by 67%.