There were declines in three-quarters of US counties. 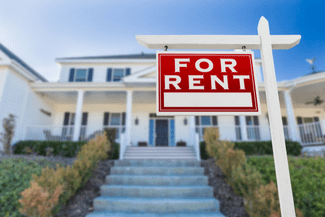 It’s a challenging market for single-family home rentals for both landlords and tenants, according to real estate data provider ATTOM. Its latest report on SFRs showed that profit margins are down year-over-year across most of the country. Furthermore, margins are “slightly more likely” to drop in areas that already have lower yields.

Using its own data and that licensed from third parties, the company analyzed SFR rental yields in 212 U.S. counties with populations of at least 100,000. Average gross rental yields—annualized 2022 gross rent divided by median purchase prices in the first quarter of 2022—before expenses on three-bedroom SFRs purchased this year decreased in 72% of counties.

That said, there’s still value to be had. According to the data from ATTOM, yields before expenses for single-family rentals “are at least 7 percent this year in 98 (46 percent) counties.”

The yields on new three-bedroom SFR rentals are more than 8% in six out of 10 counties where homes sold for less than $250,000.

The use of median purchase prices likely creates some inaccuracies in the calculations given that differences between medians and averages can be significant. Still, the data is not something to simply dismiss.

“Most declines are less than one percentage point from rental yields in 2021. But rental yields are dropping in about three-quarters of markets where median home prices exceeded $250,000 in the first quarter of 2022,” ATTOM states. “The report further shows that those markets commonly have smaller profit margins, with yields that mostly fall below 7 percent.”

Then, in two-thirds of the counties with homes generally selling for less than $250,000, mainly in the Midwest and South, gross returns were down. Though the issue is relative as returns in half of those counties remained above 8%. The report didn’t state what the returns were in the other half of the counties. Presumably they were somewhere below 8%.

Yields are falling because rents aren’t rising as quickly as property prices, so the denominator increases more quickly than the numerator and the ratio falls.

“Investors who own single family rental properties have seen their margins compressed over the last year as home prices have risen faster than rental rates,” the release quoted Rick Sharga, executive vice president of market intelligence at ATTOM. “The good news for these property owners is that their yields should improve as annual rental rates increase, and they should also benefit from home price appreciation over time.”