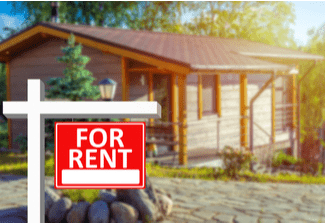 The abundance of capital in the single-family rental market is leading to a deterioration of site selection as investors search for opportunities to invest.

The single-family rental market undeniably has the potential to be a major asset class in commercial real estate. While in its infancy, investors have already shown fervency for the sector with an estimated $50 billion allocated for the SFR market. However, the pool of quality opportunities is smaller than most new entrants realize, and some developers are heading further outside of the urban core in an effort to place capital—but these remote locations aren’t going to deliver the returns investors are expecting.

“We have always implemented a main-and-main-type location into our strategy, but we have noticed a deterioration in location selection,” Mark Wolf, CEO of AHV Communities, a single-family rental developer, tells GlobeSt.com. “The further out you go, when the music stops, those will be the first assets to go south. Site selection is paramount to anyone’s success in real estate; I don’t care what asset class you are in.”

Building in these remote locations ignores the underlying fundamentals and drivers of the asset class, but Wolf says that it is a function of the sheer excess of capital in the space. To put the $50 million figure into perspective, Wolf’s company will do 12-14 projects next year, representing about $1 billion in development activity. “There is so much money looking for opportunities and these players are willing to push the envelope and convince themselves that some of these locations are okay,” he says. “It is also a function of people entering an asset class that they don’t understand fully.”

Some of these developers may find early success with developments 30 or 40 minutes outside of the urban core because people are still weary of socializing following the pandemic. “When the world normalizes and we get back to somewhat normal thinking, we are going to want to see people be close to the urban core,” says Wolf. “Today, we can argue that everyone is moving to the country for fresh air and open space, but that isn’t everyone.”

These remote location also don’t appeal to the same renter pool. “These funds want strong renter demographics, but they are willing to sell themselves on something that is 40 minutes outside of town,” says Wolf. “It is a low-hanging fruit and it requires a lot of expertise to achieve your objectives.”

The problem is a lack of developable land to accommodate these often sprawling communities. While it is challenging to find these sites, Wolf says that it is possible. “It is a smaller universe of opportunity as you move in close to the city,” he says. “You have to work harder and you have to be disciplined to capture the demand and meet the fundamentals. But, they do come to you.” AHV is focusing on opportunities in Nashville, Charlotte, Austin and throughout Colorado. “Those are areas that you can still find places only 10 or 15 minutes outside of main-and-main,” he adds.

Like others in the industry, Wolf is still bullish on the future of the SFR asset class, even if some developers are ignoring the core fundamentals. “COVID accelerated the identification of this asset class as legitimate and desirable,” says Wolf. “I absolutely believe that this is a part of multifamily and another pillar of real estate that trades on par with class-A multifamily. The companies that do it right are going to thrive.”