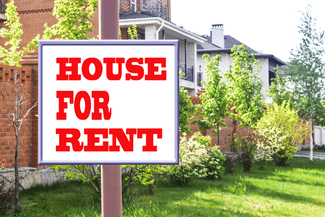 Investors continue to flock to the single-family rental market, and for good reason: The sector enjoyed record rent growth last year, and gains are expected to carry through 2022 as prospective buyers continue to face homeownership barriers.

Meanwhile, the sector is seeing its highest level of interest from investors, who bought nearly 1 in 7 homes sold in the top U.S. metros last year, according to Redfin. That is the most in at least two decades. Those investors were even more active in the last three months of 2021, with investors snapping up 15% of all homes that sold in the 40 markets tracked by Redfin.

That investment came from large corporations, smaller local firms and individuals. Not all chose to rent the single-family homes; some flipped the properties to new buyers.

There was an investment emphasis on neighborhoods with a higher population of Black residents, according to a Washington Post analysis of Redfin data. Those neighborhoods received more than twice the number of investor home purchases compared to other ZIP codes.

“We know historically that places where minorities live are undervalued or lower priced,” making them more attractive to investors and driving up home prices, Redfin’s Sheharyar Bokhari told the Washington Post.

This surge in SFR demand is driven by a lack of for-sale housing inventory and affordability issues, which have created barriers to purchasing homes, CoreLogic’s report said.

The U.S. faced a deficit of 3.8 million homes in 2020, according to Freddie Mac, and new homes being built aren’t focused on entry-level buyers: just 7% of new homes in 2019 were targeted to those buyers.

Build-to-rent developers have stepped up to fill the void, with 120,000 detached, attached and horizontal single-family rental homes expected to deliver this year, according to Hunter Housing Economics. Total annual delivery of BTR houses will eventually surpass 200,000 a year, according to the housing research firm.

Major investment firms are throwing their hat in the SFR ring, including Wall Street giants JPMorgan Chase and Blackstone, which have invested heavily in single-family rentals or rental companies.