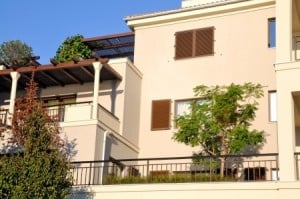 CARROLLTON, TX – Demand for U.S. rental apartments surged during the second quarter of 2016, gaining momentum after a sluggish performance in the first three months of the year. The occupied apartment count across the nation’s 100 largest metros increased by 127,402 units in the second quarter, according to MPF Research, the rental market intelligence division of RealPage, Inc. This is one of the biggest quarterly demand totals posted throughout recent years, topping 2015’s second quarter demand volume by 23 percent. Furthermore, apartment demand from April to June well surpassed completions totaling 67,550 units.

“Any concerns that the market couldn’t handle this year’s increase in apartment deliveries appear unfounded for the moment,” according to RealPage chief economist Greg Willett. “As we’ve hit prime leasing season, the greater product availability—brought by sizable new supply—is revealing bigger product demand capacity. Initial lease-up for most new additions is registering at a very healthy pace, and we’re managing to squeeze a few more residents into an existing stock that’s been essentially full for quite a while.”

U.S. apartment occupancy inched up to 96.2 percent in the second quarter, regaining the bit of ground lost in late 2015 and early 2016. Current occupancy matches this economic cycle’s previous peak rate seen in the third quarter of last year. The only time occupancy has been tighter was at the height of the tech boom in 2000 and early 2001.

“Occupancy remains stronger than the norm during past periods of substantial construction,” Willett said. “The fact that few young adults are opting for home purchases right now is helping the occupancy performance. Economic growth is bringing new renters in through the front door. At the same time, the number of existing residents exiting out the back for other housing options is limited.”

Influenced by the increased volume of new supply that apartment owners and operators have in the initial leasing stage, average annual rent growth has slowed modestly from this economic cycle’s peak growth of 5.6 percent, seen in the third quarter of 2015. However, today’s annual rent growth pace is still very substantial compared to the long-term historical norm that runs just under 3 percent.

“Annual rent growth in the range of 4 to 5 percent is an unprecedented result six years into a growth cycle,” Willett commented. Annual rent change has been positive for 24 consecutive quarters, with the average price increase during that period registering at 3.8 percent. For comparison, the mid-2000s growth cycle lasted for 19 quarters, and annual rent growth averaged 2.8 percent in that span.

Among individual large metros, Sacramento is now the country’s rent growth leader for the first time ever. Pricing for new-resident leases in Sacramento climbed 9.7 percent during the past year. The following list shows current top performing metros for annual rent growth

While annual rent growth remains near this cycle’s peak levels in most metros, pricing power is cooling meaningfully in a handful of spots. After San Francisco, Oakland and San Jose metros, experienced huge rent growth for several years, the size of price increases is coming back to levels that appear more realistically sustainable now that the region’s building activity has climbed to record volumes. Similarly, a substantial amount of new product additions have slowed Denver-Boulder’s annual rent growth pace, after record price increases occurred earlier in this economic cycle.

In contrast, Houston’s current pricing is weak, not just a slowdown from previous results. Rent growth is close to disappearing due to slowing economic growth occurring alongside aggressive apartment construction. In fact, actual price cuts have emerged in several of the neighborhoods adding the most supply.

A recent slowdown in the number of multifamily housing units authorized by building permits suggests that the apartment construction volume should soon cool slightly. For now, however, ongoing building remains in line with the very high levels posted over the past year or two. Properties totaling 534,743 units are under construction in the nation’s 100 largest metros.

“With so much additional product finishing very quickly, the apartment leasing environment could become more competitive in the short-term,” according to Willett. “A large block of new supply is scheduled to finish, just as demand registers its routine seasonal slowdown in the winter months. However, barring a pronounced stumble in economic growth, there’s nothing suggesting future stock is going to cause big-picture problems.”