Home·Property Management·Rents fell in some California metro areas; is a wider cooling trend ahead?

Rents fell in some California metro areas; is a wider cooling trend ahead? 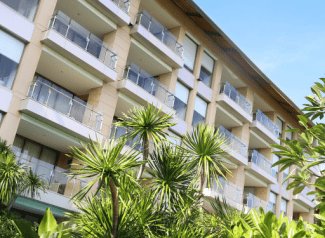 California, of all places, could provide some indication that the housing rental market is cooling.

Overall, median rent across the country’s 50 largest metropolitan areas grew by $3 to $1,879 in July, representing the 17th consecutive monthly increase and a rise of 12.3% year over year, according to data from Realtor.com.

But in the Los Angeles-Long Beach-Anaheim metropolitan region, the fourth-most-expensive in the U.S., rent fell by $4 to $3,047. In the Riverside-San Bernardino-Ontario region, rent fell by $22, and the Sacramento area saw a $19 decrease.

The decline shows a market that is cooling off, and the rest of the country could soon see similar relief, according to George Ratiu, senior economist and manager of economic research for Realtor.com.

For Los Angeles, year-over-year rent growth peaked in April at 22%, Ratiu said. Since then, the region has seen a dramatic deceleration of rent growth, with prices in July up about 4% from a year earlier.

The San Diego, San Jose and Bay Area regions — the three most expensive metro areas in the country — continued to see increases in July, but the rates in California are nonetheless encouraging, Ratiu said.

“I think it’s so relevant to look sometimes at individual markets because you get a different read,” Ratiu said. “The national picture looks homogeneous, but as we know, real estate markets are not homogeneous by any stretch.”

Nationwide, the pinch is being felt across large cities, which saw an exodus of renters at the start of the pandemic, as well as suburbs.

“Whether in a downtown area or suburb, staying put or making a change, renters are stuck between a rock and a hard place when it comes to affordability,” said Realtor.com chief economist Danielle Hale.

Signs of the slowdown seen in California are already being hinted at in national numbers.

Though median rent nationwide hit an all-time high in July, the increase over June’s median rent was the smallest so far in 2022. It also marked the lowest year-over-year growth since August 2021.

“I do think that what we’re seeing in California markets today, in a sense, pencils out the trajectory for the national rental markets as well,” Ratiu said.

Rent increases in California peaked faster and dropped sooner than in other parts of the country, Ratiu said.

“It’s a natural rebalancing of housing markets after a really feverish and highly unusual two-year period, in which so many things have been distorted, both economically and financially,” he said.

According to a survey by Avail, a property management platform owned by Realtor.com, 60% of renters reported that increasing rental prices and household expenses were their biggest causes of financial strain.

The survey also found that more than half of renters who had been in their current apartments for one to two years had experienced a rent increase, with a median increase of $160 per month.