Taxes: How to Register Your Business

Starting in January 2013 because of the American Taxpayer Relief Act of 2012, owners of small businesses face a question regarding using a corporation as a business entity: Should the business elect to be an S corporation, or remain as a C corporation for tax purposes? Today there are higher tax rates than in 2012 and before. This article will focus only on the higher tax rates as part of the various factors to decide whether or not to make an S corporation election. John N. Evans and Maria L. Castilla recently wrote an article on this subject and portions are included below.

The American Taxpayer Relief Act of 2012 increased the highest federal tax rate for individuals to 39.6% and provides for an additional 3.8% tax on net investment income. Prior to this legislation, the highest tax rate for both individuals and corporations was 35%. The highest corporate tax rate, however, remains 35%.

Tax rates are not the whole story. Given that the highest federal individual tax rate is now higher than the corporate rate, it may seem like operating a business through a C corporation rather than a flow-through entity would present a preferable alternative for owners of small, growing businesses. They may reevaluate their decision to elect a classification under Subchapter S and consider such restructuring to take advantage of the lower corporate rate available to C corporations, with the intent to reduce the overall tax obligation that would otherwise burden its shareholders. Such a simplistic analysis, however, is imprudent. A number of tax considerations may still favor an S election, even in light of the generally increased personal income tax rate.

Medicare tax exclusion for material participation. The Medicare tax on net investment income applies to trade or business income resulting from a passive activity or the trading in financial instruments or commodities. As a result, the income received by a taxpayer from a trade or business in which that taxpayer materially participates is not subject to the additional 3.8% tax. This exclusion is not available to shareholders of a C corporation unless they are closely held. The exclusion is, however, available to shareholders of S corporations that materially participate in the trade or business of the entity. As a result, S corporation shareholders that are involved in the operations of the entity’s trade or business activity on a regular, continuous, and substantial basis are not subject to the additional 3.8% tax on net investment income received as a shareholder of that entity.

Conclusion. Choice-of-entity decisions are complex, and factors beyond the applicable personal or corporate income tax rates should be evaluated before determining whether to be a C corporation or elect to be an S corporation. Organizing as a C corporation is not always an advantage. Paying the higher rate on income flowing from an S corporation can still provide a more beneficial long-term tax situation. 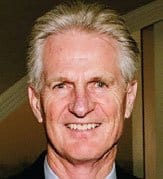 D. Michael Trainotti has a general tax practice in Long Beach which emphasizes real estate, closely held businesses and estate planning matters. He has a master’s degree in taxation and is a member of the tax sections of the State Bar of California dealing with real estate, pass-through entities and estate planning. He is also a member of the same tax sections of the Los Angeles County Bar Association and the American Bar Association. Mr. Trainotti would be pleased to hear from you regarding future topics of interest or comments on this article. Please contact him directly at his office at (562) 590-8621 or by e-mail at [email protected] You can also visit his website at http://www.trainottilaw.com