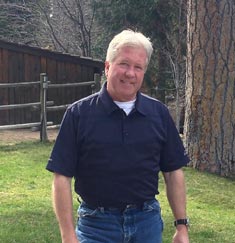 QUESTION Most of my challenges come from my residential tenants. I have a question about handling a commercial property situation. I am about to enter into a ten year term lease for an industrial unit in Southern California. The unit has been vacant for quite some time now and I don’t want to lose this deal, seems like good tenants are kind of few and far between lately. We’ve agreed on just about all of the deal points except a couple. At the last minute the tenant requested the lease be prepared with a subsidiary of his company rather than the parent company, saying it is for ‘tax reasons.’ Additionally, he wants to make the use provision extremely broad rather than specific allowing him to do just about anything in the premises without having to get my permission. He knows I need to lease the space, but I’m not sure I want to give in on these points, what are my options?

ANSWER Negotiating commercial leases involves a bit of horse trading. Often, terms that are very important to your tenant may not be so important to you, and vice versa. Knowing the pros and cons of each deal point allows you to knowingly accept or reject certain risks when considering certain requests. Generally, parties meet somewhere in the middle of a request, allowing certain concessions, but protecting the interests of the Lessor. The tenant’s last minute request to substitute a subsidiary in its stead is an attempt to shift the risk away from the financially stable parent company, and obligate a less financially qualified entity, often times a mere shell, with relatively few assets. Screen the proposed replacement tenant as you would any proposed tenant to determine if it meets your rental criteria. Is it an existing concern or a new entity recently formed solely for the purpose of signing this lease? Is it an independent business concern, generating its own revenue stream? Does it have assets of its own? Or is it merely a subsidiary of the parent with no independent means of sustainability. There are many options to offer that would allow the tenant to satisfy his ‘tax reason’ while still protecting the Lessor’s interests. You may allow the replacement tenant, but require the parent company to guaranty the lease. The Guaranty can range from an unconditional full term guaranty to a limited guaranty based either on a certain period of time, or a certain maximum exposure. An increased security deposit adds protection as well. Options such as an irrevocable declining letter of credit issued by a reputable financial institution allow parties to salvage deals that might otherwise fail. Use provisions are important for a number of reasons. It is important that the tenant’s use does not overburden the facility, or interfere with the neighbors. Certain unacceptable tenant uses may involve high levels of noise, or the use of corrosive or carcinogenic materials, or other toxic byproducts. As your facility is an industrial complex, parking is no doubt limited. It is important that the approved uses do not overburden the limited available parking. Rather than approving a very broad undefined use, it is better to identify the allowed use, but allow the tenant to request approval for a change of use in the event its operations change in the future.

Question I sold one of my apartment buildings and did a 1031 exchange into a single tenant commercial building. The tenant has been there several years and has a pretty sweetheart lease. The base rent is way under market, and he has a couple of options to renew that pretty much keeps him under market for the next ten years. Even though the lease requires the tenant to maintain the property, it looks like hell, not painted, not maintained, kind of a dump. By the way, he also seems to like paying his rent late, just got last month’s rent yesterday, three weeks late! What can I do?

Answer A building’s value, to a large extent, will depend on the value of the lease in place. Certainly the price you paid for the building was influenced by the under market lease and the poor condition of the building. The two options to renew at less than market rents would have negatively impacted the price you were willing to pay as well. By allowing the building to fall into disrepair, and by paying the rent three weeks late, your tenant has provided you with an opportunity to substantially increase the value of your investment. Certain defaults, if uncured, will allow you to take legal steps to terminate the existing lease, and along with terminating the current lease, all options to renew would become ineffective. Go through the lease terms carefully, identify which terms are being violated by the tenant. Review the requirements for exercising the tenant’s right to extend. Most options require that the tenant not be in default when exercising an option. Further, most leases will cancel a tenant’s right to extend if the tenant has been served with three separate notices of default during the preceding term, even if the defaults were actually cured. Additionally, if a notice to cure a breach is served upon the tenant, and the tenant fails to cure during the relevant cure period, then the landlord will then have the right to file an unlawful detainer action against the tenant and remove the tenant from possession. Quite often, after the filing of suit, the parties may wish to negotiate a settlement and allow the tenant to remain in possession. As part of the negotiated agreement, the landlord will want to redraft the lease agreement in a more favorable light, and either eliminate the options to renew, or change them in such a way that would be acceptable to the landlord. A tenant, failing to cure a notice of breach, has very little negotiating power when faced with the likelihood of being evicted from the premises.

Question I have the misfortune of a classic problem tenant. The noise, the parties, the trash … I don’t even know where to begin. Also, she’s paid her rent late for the past three months. The lease has a late fee provision that charges $50.00 if rent is not received by the 5th of the month. Because of this, she’s been paying both the rent and the late fee well into the second week of the month. Last month, the first of the month fell on a holiday. So I served her a 3-Day Notice to Pay Rent or Quit on the 2nd or should I have waited until after the 5th to serve the Notice?

Question I live in Redondo Beach, real close to the pier. I live in my dad’s building, and I guess you could call me the manager. When my surfing schedule allows, I collect rent, make repairs, and generally keep an eye on the place. Last month, I had to serve my first 3-Day Notice to Pay Rent or Quit. The December rent is $1600.00, and the tenant only came up with $400.00. So, I served him a 3-Day Notice for $1200.00, for rent due from December 8 to December 31. I figured the place is worth $53.33 a day and he had paid for 7 days’ worth of rent. I asked the manager of the building next door, and he said that should be fine. But when I showed it to my dad, he freaked out. Does it really make any difference?

Answer Yes. As a general rule, monthly rent is a sum due for a whole month of tenancy. The remaining balance of $1200.00 is due for the entire month, not a prorated portion. Any payment received should not be accounted or prorated to specific days, but should be applied toward the total monthly installment due. Thus, the remaining balance of $1200.00 is for the period of December 1 through December 31. Although your notice is not technically defective, it infers that the rent is not due until December 8. In addition, errors are commonplace when you try to prorate the rent on a Notice. For these reasons, you’re much better off to serve a Notice for the $1,200.00 due for the entire month of December.

Question I have a tenant who has been consistently making partial and late payments from the day she moved in. The problem has gotten so bad, that it’s now difficult for me to find out how behind she really is. For example, the past three months of payments have been as follows: in October, she paid $500.00; in November, she paid $600.00, and in December, she paid $300.00. The rent is $700.00 per month. As you can see, she hasn’t made a full rent payment for a while. Unfortunately, my records are so bad that I don’t know when the late and partial payments started. If I want to evict her, how do I prepare a 3-Day Notice to Pay Rent or Quit?

Answer As a general rule, you never want to let a tenant get into the practice of giving you bits and pieces of the rent. This provides them with a possible waiver defense in the event of an unlawful detainer. Also, it sends the wrong message to your other tenants. In the present situation, focusing on the past three months, you want to apply payments to the oldest outstanding balance first. This way, the November payment is applied to the October delinquency, and the December payment is applied to the November delinquency. Assuming she was current through September, you could serve the tenant with a 3-Day Notice to Pay Rent or Quit for $700.00 due for the month of December.

This article is presented in a general nature to address typical landlord tenant legal issues. Specific inquiries regarding a particular situation should be addressed to your attorney. The Duringer Law Group, PLC, one of the largest and most experienced landlord tenant law firms, has successfully handled over 225,000 landlord tenant matters throughout California, and has collected over $130,000,000.00 in debt since 1988. The firm may be reached at 714.279.1100, toll free at 800.829.6994 or 877.387.4643.
Visit www.DuringerLaw.com for more information.