Where to Put Your Remodeling Dollars in 2013 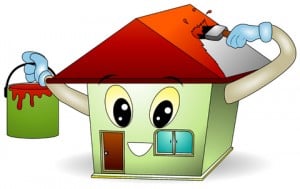 Property owners looking for the most return on their investment when it comes to remodeling should consider exterior replacement projects. According to the 2013 Remodeling Cost vs. Value Report, Realtors rated exterior projects among the most valuable home improvement projects.

According to National Association of Realtors President Gary Thomas, projects like siding, window and door replacements can recoup more than 70 percent of their cost at resale.

Results of the report are summarized on NAR„¢s consumer website HouseLogic.com, which provides information on dozens of remodeling projects, from kitchens and baths to siding replacements, including the recouped value of the project based on a national average.

According to the Cost vs. Value Report, Realtors judged a steel entry door replacement as the project expected to return the most money, with an estimated 85.6 percent of costs recouped upon resale. The steel entry door replacement is the least expensive project in the report, costing little more than $1,100 on average. A majority of the top 10 most cost-effective projects nationally in terms of value recouped are exterior replacement projects; all of these are estimated to recoup more than 71 percent of costs.

According to the report, two interior remodeling projects in particular can recoup substantial value at resale. A minor kitchen remodel is ranked fifth and is expected to return 75.4 percent of costs. Nationally, the average cost for the project is just under $19,000.

The second interior remodeling project in the top 10 is the attic bedroom, which landed at number eight and tied with the vinyl siding replacement with 72.9 percent of costs recouped. With an average national cost of just under $48,000, the attic project adds a bedroom and bathroom within a home„¢s existing footprint. The improvement project projected to return the least is the home office remodel, estimated to recoup less than 44 percent.

The 2013 Remodeling Cost vs. Value Report compares construction costs with resale values for 35 midrange and upscale remodeling projects comprising additions, remodels and replacements in 81 markets across the country. Data are grouped in nine U.S. regions, following the divisions established by the U.S. Census Bureau. This is the 15th consecutive year that the report, which is produced by Remodeling magazine publisher Hanley Wood, LLC, was completed in cooperation with NAR.

Realtors provided their insights into local markets and buyer home preferences within those markets. The 2013 national average cost-to-value ratio rose to 60.6 percent, ending a six-year decline. The ratio represents nearly a three-point improvement over 2011-2012. Lower construction costs are the principal factor in the upturn, especially when measured against stabilizing house values. In addition, the cost-to-value ratio improved nationally for every project in this year„¢s report and is higher than it was two years ago for both remodeling and replacement projects.

Most regions followed the national trends; however the Pacific region, consisting of Alaska, California, Hawaii, Oregon and Washington, once again led the nation with an average cost-value ratio of 71.2 percent, due mainly to strong resale values. The next best performing regions were West South Central, South Atlantic, and East South Central. These regions attribute their high ranking to construction costs that were lowest in the country. While still remaining below the national average, most remaining regions showed strong improvement over last year. These are Mountain, New England, East North Central, Middle Atlantic, and West North Central.

Read more
How to Clean an Outdoor...
Outdoor umbrellas can accumulate stains, mildew, and moisture over time. Here's how to clean this...
Read more
3 Common Plumbing...
Here are several common plumbing emergencies in rental properties and what to do in each case. ...
Read more
10 Ways to Combat...
When you’re a landlord, complaints from tenants are a fact of life, so here are 10 ways to combat...
Read more
Building A Preventive...
Having a system is key to a successful process.  Building a preventive maintenance system can creative...
Read more
Flipping Real Estate...
If you’re looking to get into real estate, you have some competition. The real estate market is...
Read more
5 Summer Maintenance...
A surplus of maintenance issues is expected on the first weekend of summer in multifamily communities...
Read more
Old Cruise Ships As...
Shipping containers, tiny houses, micro-units — all have been explored as potential solutions to the...
Read more
Climate Change Could...
You’ve always paid your homeowners insurance bill on time and never even filed a claim. So why did...