American renters are starting to push back against the shrinking size of apartments, prompting some developers to begin building bigger units.

At this week’s International Builders Show, architects and developers said they are seeing more demand for larger units, including more two-bedroom and three-bedroom apartments, that can comfortably accommodate roommates, families, affluent empty nesters and couples in their thirties with rising incomes looking to upgrade their living space. 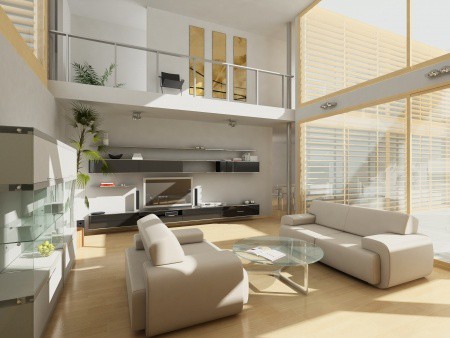 “When you combine the two incomes they don’t want a small two-bedroom, they want a bigger two bedroom,” said Sanford Steinberg, who has done a significant amount of work in Houston in the last five years. Mr. Steinberg is one of an estimated 125,000 attendees at the builder show.

The average size of apartment units peaked in 2007 then dropped during the recession as cash-strapped singles and families were willing to compromise on smaller spaces, especially in buildings that provided lots of amenities and open communal space. Now that’s starting to reverse.

In the third quarter of 2014, the size of units under construction in multifamily buildings averaged 1,183 square feet, said Robert Dietz, an economist with the National Association of Home Builders, a trade group. That’s above a recent low of less than 1,100 square feet in 2011, but still below the peak average of 1,300 square feet in 2007. The International Builders Show is the trade group’s annual convention.

To be sure, developers and architects said that they haven’t abandoned building small units, especially in pricey cities like San Francisco and New York and in cities where apartment rents are rising faster than household income. “As an industry we have to be concerned about the customer’s willingness to pay. That’s going to drive sizes smaller because they’re less expensive to rent,” said W. Dean Henry, chief executive of Legacy Partners, a multifamily developer.

But even in some high-priced cities, there are efforts to stop developers from building too small. In Los Angeles, for example, politicians are considering requiring minimum sizes for certain live-work space in the downtown arts district, according to Daniel Gehman, an architect at Harley Ellis Devereaux. He said such a change would be welcome. “We’ve been working tiny for so long, that to do something bigger, I’d love to do that,” he said.

But overall, says Mr. Dietz, average sizes will likely continue to increase as the Millennials, a large population of people born in the 1980s and 1990s, grow older. He said that condominiums will also make-up a larger share of units in the coming years, which will also drive average sizes higher.

Mr. Sanford, the architect who works in Houston, said that he is seeing demand for larger two-bedrooms for roommates who each want their own bathroom of at least 1,150 square feet, slightly larger than a more typical 1,100-square-foot two bedroom.  He also said that he has seen interest in one-bedroom apartments of more than 850 square feet, compared to a more typical 725 square feet, as renters in their mid-30s and early-40s, divorcees, and widows and widowers seek more space.

“We still have our small one-bedrooms, but we are introducing some larger one-bedrooms now into the mix, which we haven’t done that in years,” he said.