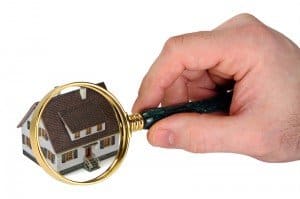 A 20-year-old student in New York suffered injuries after falling down three stories when the stairwell in an East Village apartment building gave way.

According to reports on the incident, there may have been 35 or more people on the rooftop partying at the time the stairway collapsed.

After this victim and others had to be rescued from the building by firefighters, the apartment manager was cited for illegal occupancy and failing to maintain the property.   According to New York personal injury lawyer Kenneth A. Wilhelm, it is fortunate things weren’t a lot worse. “The manner in which this stairway collapsed, a lot more people could have been injured had they been there at the time. This was an extremely dangerous situation.”

Stairway accidents often result in serious injuries that require a lengthy recovery time, Wilhelm says. “These injury victims end up having to take more time away from work and pay out-of-pocket costs for treatments such as physical therapy or chiropractic care. In cases where catastrophic injuries occur, victims may never be able to work or earn a livelihood again.”

That’s why the monetary awards for these types of injuries are so high.

“Property owners and managers have a responsibility to fully maintain their premises, Wilhelm said. “This includes conducting routine inspections and ensuring that everything is in good working order.”

It’s also a good idea to educate tenants at orientation about occupancy standards that apply throughout the building.

Read more
Plumbing emergencies: 7...
Key takeaways Quick action on the homeowner’s part can limit damage caused by a...
Read more
Legal and Optional...
Keeping the Property in Top Condition Properties require routine maintenance to keep them in top...
Read more
3 Groundbreaking...
Purchasing a rental property is an exciting, yet stressful, motion to go through as a real estate...
Read more
6 Home Renovation...
Renovating a home, no matter the time of year, can be equal parts exciting and overwhelming. However,...
Read more
How to find a good...
Key takeaways If locksmith prices look too good to be true—they probably are Be sure to...
Read more
Smart home security:...
Key takeaways Wireless technology has made security systems more affordable Video...
Read more
7 tips for designing...
Cortland’s Karl Smith, aka “Dr Fitness,” offers advice on how to design and operate new and...
Read more
Roof Replacement Costs
At some point, every homeowner will deal with roof replacement costs. Whether it's a few missing...