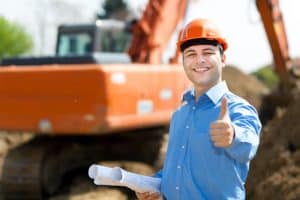 If you think bringing your garish 1960s-era kitchen up to date is just a matter of new paint and appliances, think again.

Home renovations modernize your dwelling, potentially make it more energy-efficient and may enhance its appeal when you sell your home.

The trouble is that an overhaul of your house can often be more complex — and more expensive — than originally anticipated.

Consider that a midrange minor kitchen remodel — wherein you’re replacing the front of your cabinets and swapping out countertops — costs an average of $22,507, according to Remodeling Magazine.

A major kitchen renovation is about three times that ($66,196) and often includes a new island, updated appliances and custom lighting, Remodeling found.

Darla Mercado’s kitchen in October 2019 during gut renovation and prior to rough inspections.
Patrick S. Coyle

A gut renovation, where contractors rip a room down to the studs, could also reveal a multitude of unexpected problems that will add to the bill.

My kitchen and first floor bathroom are about four weeks into a gut renovation, including a new floor. Some of the surprises we’ve uncovered include an incorrectly installed window and faulty plumbing in the shower.

“Someone might say, ‘Let’s have our bathroom redone,’ and they live in a house that was built in the 1950s or 1960s,” said Frank Lesh, a retired home inspector and spokesman for the American Society of Home Inspectors.

“Something downstream from that could affect the work that’s being done,” he said. “For example, if your house was built with steel pipes, which was common in the 50s and 60s, those pipes tend to be corroded.”

Here’s what you should know before you renovate your home.

1. Perform your due diligence

Shop your project to multiple contractors as you get an idea of the price range for your renovation.

Check the background of your contractors and make sure that they are licensed in your state and locality.

Licensed contractors are typically required to pass an exam, pay a licensing fee, be bonded and carry insurance for property damage, liability and worker’s compensation.

“Make sure everyone is licensed and insured,” said Daniel Lorch, a realtor in Teaneck, New Jersey. “The last thing you want is for someone’s electrician to be working in your house and they get electrocuted.”

“If they don’t have insurance, they can sue you,” he said.

Contract details should include an estimated start and finish date, the payment schedule — never pay your professional the whole sum up front — and specifics on what the contractor’s responsibilities are, including whether clean-up and trash removal are included.

The agreement should spell out, in detail, the scope of the project, too.

Watch out for red flags, which include a provision that allows the builder to substitute materials. “They might say that the materials are of a similar grade, but often they aren’t,” said Douglas Miller, a real estate attorney in Minneapolis.

Your contract should specify how change orders — additions to the project — are handled and paid for. These work updates should always be in writing.

Finally, be on the lookout for arbitration clauses, where you’d give up your right to take your builder to court, said Miller. “Don’t agree to arbitration,” he said.

3. Be sure they get permits

This way, your city’s building authority can inspect the work and ensure it meets safety codes.

Your city’s inspector will “close” the permit if the project is up to code.

Failure to get the proper permits and undergo the inspection process could mean that your new project is rife with structural problems.

Worse yet, your homeowner’s coverage likely won’t pay for any damages related to the work done without a permit.

Further, “open” permits — where the building authority hasn’t signed off on the completed project — could interfere with the sale of your home.

Depending on the state in which you live, your contractor or subcontractors may be able to file a construction lien against your house if they haven’t been paid.

Liens can keep you from selling your home and prevent you from refinancing your mortgage.

Protect yourself by obtaining a sworn construction statement from your builder, itemizing who worked on your property, said Miller.

Afterward, obtain a lien waiver — where the contractor gives up the right to lien your home in exchange for getting paid — and paid receipts from all of the parties who’ve worked on your home, he said.

A little bit of legwork can save you a lot of heartache. “You may even want to call the subcontractors and verify that they have been paid,” said Miller.