Humidity may be culprit after recent re-roofing 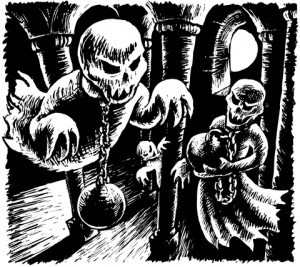 Q: My daughter and I share a duplex. Ever since the building was re-roofed about four years ago, I’ve heard knock-like sounds mostly at night. At first, I thought there were animals on the roof, but now I wonder. There is no noise in the winter. It starts again in the spring.

A: It’s too early to chalk this up to Halloween poltergeists.

Strangely enough, there are no noises in my daughter’s unit, just mine.

The new roof was added on top of the existing flat roof. I worry that when I’m gone, her tenants will not put up with this. Also, if she sells the property, she will have to disclose it to prospective buyers. The general contractor who hired the roofer is a friend of my daughter and hasn’t really done anything about it. My daughter just ignores it.

Seriously though, there could be a number of reasons for things that go “knock” in the night. But because the knocking seems to have begun with the new roof, it stands to reason that’s where the cause lies.

Most likely the cause of the noise is expansion and contraction of the material used for the new roof. We’d bet that as part of the roofing job either the roofer added or replaced some wood.

Often as not, replacing plywood or oriented strand board (OSB) sheeting is required during a re-roof, usually for one of three reasons: either it’s leaking, there’s a belief that it’s about to leak or it makes economic sense as part of a larger job.

On a straight re-roof, once the roofer opens up the roofing membrane (tar and gravel, composition shingle or wood shake), there will often be rotten wood members caused by dry rot. These need to be replaced. With the old roof off and the new one about to go on, this is the perfect time to do it.

In your case it sounds as if the roofer may have done some modification to the structure that required cutting into the roof.

You might ask why would new wood on an old building make noise. Moisture is the answer. Framing members and sheet goods (plywood or OSB) have different moisture content when installed. After a few months they all seek to attain the relative humidity of their environment. If the relative humidity fluctuates, the expansion and contraction can cause stress on the nailed joints. Too much stress and “pop,” the lumber moves.

Each climate has a different rate of moisture absorption. The humidity level in your home town of Corte Madera, Calif., is relatively constant during the winter — the summers not so much. Put all this together and the natural expansion and contraction of wood during the warmer months may be the cause of your knocks.

As far as this requiring disclosure should your daughter sell at some future time, that may be true. It’s up to her real estate broker to advise her. Our advice is not to worry. If your daughter the owner doesn’t think it’s a problem, it’s probably just an irritant.