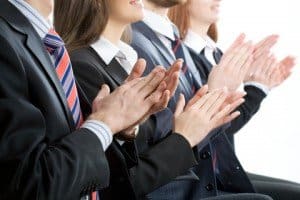 Traditionally, these trusts have been denied beneficial tax treatment because they are not considered active real estate professionals. But this new ruling holds that the material participation rules can apply to trusts as well as to some individuals and corporations.

In this case, the subject was a trust that owned rental real estate and engaged in other real-estate activities.

The IRS found that those rental real estate activities would be considered on their face passive activities, and the trust was not entitled to favorable tax treatment. The IRS denied the trust’s deductions for losses incurred, resulting in a nearly $700,000 tax liability. The IRS relied largely on the argument that the trust could not meet the requirement of material participation — the “real estate professional exception” — unless the taxpayer performs more than 750 hours of services during the year in real-property trades or businesses in which the taxpayer materially participates. Since a trust could not participate, the exception could not be met.

But, in it’s analysis, the Tax Court held that a trust is capable of meeting that exception. In fact, the Court found that the trust in this case had met the exception.

The trust was formed in 1979, by a father of five. He named himself grantor and trustee and his five children as beneficiaries. According to the trust instrument, the five children share equally in the income of the trust. The grantor died in 1981.

He was succeeded as trustee by six trustees. One of the six trustees was an independent trustee. The other five trustees were the children.

While the trustees delegated their powers to the an executive trustee (in order to facilitate daily business operations), the trustees acted as a management board for the trust and made all major decisions regarding the trusts property. During the years in questions, the board met every few months to discuss the trusts business.

Each of the six trustees was paid a fee directly by the trust, in part for attending board meetings. Three of the children worked full time for a wholly-owned LLC. The LLC managed most of the trusts rental real-estate properties, and employed several people in addition to the children, including a controller, leasing agents, and maintenance workers.

In addition to receiving a fee, the children working for the LLC each received wages.

However, Court concluded that a trust is capable of performing personal services and therefore can satisfy the exception. The Court reasoned that the language selected in the tax statutes and regulations did not expressly exclude trusts, as the drafters easily could have done simply by using the phrase “any natural person.

Therefore, Court held that the trust had materially participated in real-property trades or businesses, and was entitled to the tax benefits claimed.

Read more
How to Clean an Outdoor...
Outdoor umbrellas can accumulate stains, mildew, and moisture over time. Here's how to clean this...
Read more
3 Common Plumbing...
Here are several common plumbing emergencies in rental properties and what to do in each case. ...
Read more
10 Ways to Combat...
When you’re a landlord, complaints from tenants are a fact of life, so here are 10 ways to combat...
Read more
Building A Preventive...
Having a system is key to a successful process.  Building a preventive maintenance system can creative...
Read more
Flipping Real Estate...
If you’re looking to get into real estate, you have some competition. The real estate market is...
Read more
5 Summer Maintenance...
A surplus of maintenance issues is expected on the first weekend of summer in multifamily communities...
Read more
Old Cruise Ships As...
Shipping containers, tiny houses, micro-units — all have been explored as potential solutions to the...
Read more
Climate Change Could...
You’ve always paid your homeowners insurance bill on time and never even filed a claim. So why did...