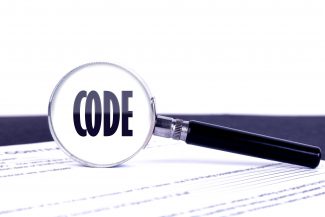 The mayor has proposed rules that would require more frequent inspections of Jersey City mid-rises and high-rises in an effort to avoid a disaster like the structural failure of the Champlain Tower in Surfside, Florida, last month.

“Jersey City has the most high-rise buildings than any other municipality in New Jersey, with various building structures and ages, and so our goal is to strengthen our policies in order to provide the best protection for our residents and the community at large,” Fulop was quoted in a press release.

The proposed rules, which still need approval from the city council before going into effect, would apply to all buildings over six stories, or those over four stories with a masonry façade. Jersey City, which boasts nine of the state’s 10 tallest buildings, contains hundreds, if not thousands, of applicable structures.

If adopted, the new rules will require a licensed engineer to conduct a “visual structural inspection” of all applicable buildings at least once a decade. A licensed architect or engineer would be required to submit a report to the city’s Office of the Construction code official.

Buildings would also be required to conduct a façade inspection consisting of “exterior walls and appurtenances” every five years, and submit a technical report to the Construction Code official. Property owners who fail to complete the inspections would incur fines.

A city spokeswoman did not respond to emailed questions about the mayor’s proposals.

The new rules are “in direct response” to the collapse of the Champlain Tower in Surfside last month, according to a city press release. As of Wednesday, the official death toll of the collapse was 46, with another 109 missing. In the wake of that disaster, condo residents in Jersey City have contacted the city with concerns that repairs on their buildings have been delayed, according to the mayor.

But property owners’ groups expressed some reservations about the new rules.

Wendy Paul, the executive director of the Jersey City Apartment Owners’ Association, said the city had not consulted with “experts and the impacted stakeholders” and cautioned against “(rushing) legislation that is costly but protects no one.”

“Safety is our first priority as well and we certainly think a well-designed process to periodically review buildings could work if needed, but the details matter,” Paul said in a statement. “For example, inspecting the façade isn’t going to protect against building failure.”

“The Mayor’s interest in assuring the structural stability of high-rise buildings in the wake of the tragedy in Miami is understandable,” Simoncini said in a statement. “However, there are material differences in the inspection program from the New Jersey Department of Community Affairs, which are the most stringent in the United States., versus that of the State of Florida.”

“We view this proposal as a starting point, and in good faith, we will offer suggestions as to how building safety and structural integrity can be safeguarded while avoiding redundant activity and unnecessary additional costs,” he added.

The Jersey City City Council will consider the proposed rules at its July 14 meeting.