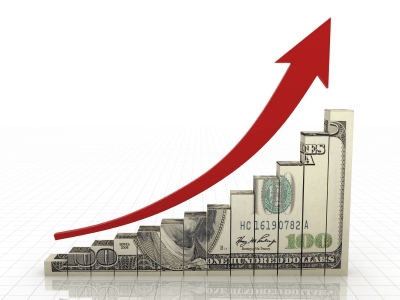 Kaitlin Cindrich is facing a $200 monthly increase in rent this August if she and her husband can renew their apartment lease in Provo, Utah. Still, she acknowledges there isn’t much choice but to pay more.

“We are hoping to stay because everything is so expensive right now that I would be paying the same whether I’m here or somewhere else,” Cindrich said.

The rental market, which slumped during the pandemic, has snapped back more quickly than many economists predicted. When the pandemic hit, many people who lost their jobs discontinued their apartment leases to live with parents or roommates temporarily. Others fled big cities out of health concerns. Apartments went empty, and landlords began offering incentives, such as a free month, to entice tenants.

Now, as people move out on their own again or return to cities and office jobs, and as existing renters find they can’t afford to buy a home in a booming housing market, demand for apartments and single-family rentals is rebounding. Rents last month rose 7% nationally from a year earlier, Zillow data shows. While that was measured against a weak June 2020, the gain was also a robust 1.8% from May.

“After a year, jobs are coming back strongly, and this is recreating the housing demand for rental units and occupancy is rising,” said Lawrence Yun, chief economist at the National Association of Realtors.

Measures of rent and what’s called “owners’ equivalent rent” — which uses rental data to try to put a price on how much owners would pay for their housing if they hadn’t bought a home — make up nearly one-third of the consumer price index, so a meaningful rise in them could help keep that closely watched government price gauge, which has picked up sharply, higher for longer.

“We’re seeing owners’ equivalent rent move up fairly sharply already,” said Alan Detmeister, an economist at UBS and a former Federal Reserve staff official. “I expect it’s going to get worse later this year and into early next.”

For now, the rental experience diverges across markets. Rents have appreciated rapidly in places like Boise, Idaho; Spokane, Washington; and Phoenix, while big cities on the coasts have lagged, based on Zillow data. Rents in New York City and San Francisco are recovering quickly but remain cheaper than two years ago.

Read more
White House using...
Read the full White House Press Release Here. The White House announced Wednesday it is taking...
Read more
Promoting Responsible...
Perhaps one of the most positive developments in the rental-housing industry over the past decade is...
Read more
How to Become a Real...
By Terrie Schauer, Author of Mindful Landlord     Spinning, spinning, spinning—from one phone...
Read more
Smart home security:...
Key takeaways Wireless technology has made security systems more affordable Video...
Read more
What To Expect When...
Every property manager or management company is different, with different skills and different goals,...
Read more
Pros and Cons of Rental...
What to Consider Before Investing Not every type of investment property is right for every property...
Read more
7 tips for designing...
Cortland’s Karl Smith, aka “Dr Fitness,” offers advice on how to design and operate new and...
Read more
Roof Replacement Costs
At some point, every homeowner will deal with roof replacement costs. Whether it's a few missing...