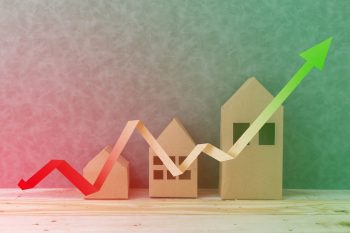 Months of plummeting rental costs seem to be stabilizing, according to data provided in the March Apartment List National Rent Report. Rent prices are starting to rebound across the U.S., with some variation across different regions of the country. The rebound will likely assist landlords with eliminating vacant rentals after completing the rental lease agreement process with new tenants.

It is important to note that national rent growth has not been significantly disrupted since the earliest stages of the COVID-19, according to the report. This is partially exhibited by the fact that while rents fell by a rate of 1.2 percent from March 2020 through June 2020, rent prices are currently only 0.1 percent lower than they were in June of last year.

The Apartment List wrote that over the previous eight months, the national rent growth was mostly in line with the seasonal trend observed in previous years. While the national index shows growth that is similar to that of previous years, the Apartment List report explained, “Stability in the national index has been masking significant regional variation below the surface, as some markets had been continuing to watch rents plummet, while others experienced a pandemic-related boost to demand.” Perhaps this is partly due to cooperation between many landlords and tenants that continue following landlord tenant law to the best of their ability. There are several instances of negotiation between landlords and tenants that may aid in continued month-over-month or year-over-year rent increases. A Harvard Law Blog discussed the collaborative negotiations that are sometimes undertaken by property owners and tenants in the New York market where rental agreement terms may still be met after the negotiations.

The steep rent declines are seemingly starting to level out in some markets, while the other markets are continuing to see rent increases. San Francisco saw rents plummet by more than 25 percent year-over-year, yet the area saw a 1.2 percent rent increase in February. This is the first rent increase in San Francisco since the beginning of the COVID-19 pandemic. During the months of April 2020 through December 2020, rent in San Francisco fell by 3.4 percent each month. San Francisco is just one of several cities with the steepest year-over-year rent declines that saw growth during the month of February. This is in spite of pandemic-related restrictions placed on property owners that prohibited them from taking actions such as eviction or giving tenants pay or quit notices upon non-payment of rent.

Rent in Boston increased by three percent month-over-month, which was the largest increase among the 100 largest cities in the U.S. There is also a continued boom in many mid-size markets. Fresno, California, and Memphis, Tennessee, are examples of markets seeing growth. Boise, Idaho ranks in the number one Apartment List spot for the fastest year-over-year growth, with a one-month 1.8 percent increase in rents. A decrease in the supply of local vacancies has likely resulted in more prospective tenants completing the tenant screening report, or the rental application form, and finding themselves on a waiting list in some cities.

A Forbes contributor indicates that there will be a strong demand for rental properties, even as the supply has decreased for the most part over recent months. The migration to urban areas, where tenants and businesses are able to locate near the infrastructure, jobs, and have access to the services most important to them, such as healthcare, may mean good news for landlords. As the rebound in rents continue, landlords will likely continue to have more opportunity to screen new rental applicants, and to perform the required credit check for each adult listed on the standard rental application form.

Cities that had the most-affordable rents at the time of the onset of the coronavirus pandemic have typically seen rent prices increase. The affordability gap has narrowed substantially when comparing the most expensive cities across the country, where rents have somewhat decreased over the course of the pandemic, to the cities with the most affordable rents, where rents have increased year-over-year. The February 2021 rent price increase that is recognized as the largest monthly rental increase since June 2019 may be a clear indication that there is finally stability in the rents that have been substantially fluctuating over the past several months.

Read more
Best loans and...
It's been one of the best ways to grow wealth and take steps toward financial freedom for hundreds...
Read more
3 Impactful Financial...
Becoming a financially successful landlord in 2023 is difficult. Material costs, such as lumber, have...
Read more
How to monitor and...
Whether you own a luxury home in a gated community or a condo in the city, if you have paying tenants,...
Read more
Real estate investing:...
It all looks so easy on HGTV: A couple buys a house, does a complete makeover, and sells it for a tidy...
Read more
How Property Managers...
The COVID-19 pandemic changed how property managers and renters alike defined home. At some...
Read more
Risks of Long-Term...
Negatives to Consider When a Tenant Renews Their Lease Landlords do not want to have to deal with...
Read more
6 ways to increase...
Ready for a vocabulary lesson? The verb google (with a lower-case g) was entered into...
Read more
The Future of...
However busy residential property managers and landlords may be, it’s important to always stay...