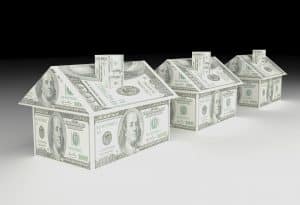 Skeptics of the Opportunity Zone program claim few deals are being done in the 8,700 designated census tracts beyond the “low-hanging-fruit” that was already in investors’ pipelines. The benefits that allow investors to reduce or potentially eliminate their capital gains tax liabilities, they say, are not really going to investors engaged in the deliberate community renewal that is supposed to be the program’s mission. But at the Connect Opportunity Zone conference in New York City last week, it was clear that community-minded investment is underway in these districts.

Anthony B. Miles, TPP’s QOZ Fund manager, told conference attendees that his firm’s strategy is “development without displacement” and creating a community among all the different stakeholders. It was residents, for example, he said, that did not want more low-income housing so as to promote wealth creation for the community—thus the development of four condominiums on a single lot.

The conference also included representatives of numerous businesses taking root in these zones and attracting investor dollars. Among them was Zale Tabakman, founder & president of Local Grown Salads, an AgTech startup that aims to construct prefab indoor vertical farms in Opportunity Zones. The farms will grow and sell herbs and vegetables direct to community members and produce 15-20 jobs. “We are naturally an impact investment,” said Tabakan.

“Initially, investors and many fund managers looked at opportunities that already look like what they were doing outside the Opportunity Zones,” said Tony Barkan, founder of Allagash Opportunity Zone Partners, a manager of Qualified Opportunity Funds focused on buying existing assets for the creation of housing for middle-class and lower-middle class residents.

But, Barkan said, a growing wave of investors understands that Opportunity Zones offer diversification and counter-cyclicality. “The (low) basis allows you to have significant amount of risk reduction,” he said.

Risk is also lower because Opportunity Zone investment usually entails a lower cost of capital and an unusually high level of community engagement. That ensures cooperation and the investment’s long-term value. “When skeptics say, ‘We can invest in low-income neighborhoods, but the yield is not there,’ in our minds, we feel the impact and community engagement is a risk mitigant,” said Michael Lohr, a vice president in Goldman Sachs impact investment group, which has invested $8 billion in low-income communities since 2001.

Social return on investment, which is harder to measure, is critical, not only to social impact investors but increasingly to the investment community at large, as shareholders focus more on sponsors’ environmental, social and governmental issues.

“This is a once in a lifetime opportunity,” said Jill Homan, president of Javelin 19 Investments. “Opportunity Zones will prove to be one of the best tax incentives in terms of an investment standpoint and a public policy standpoint.”

Opportunity Zones, however, are still a work in progress. Luncheon speaker Dan Kowalski, counsel to U.S. Treasury Secretary Steven Mnuchin, acknowledged but was not able to shed much light on some remaining questions surrounding the program:

Instead, Kowalski urged patience. The program is not for every investor, and it will be a while before quantifiable and qualitative results emerge, he said. He also had a few words for investors who may have already given up on the program:

“People who saw dollar signs and said, ‘I’m going to get a percentage of that’ are disappointed, and they probably should be disappointed, because they didn’t have a plan.”