More Than Half of States Still Show Improving Housing Markets 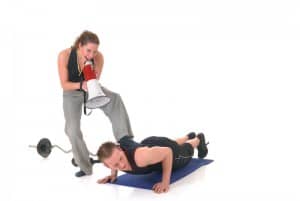 The report concludes that the market has improved since last year. The all-time low was November 2010.

Four of the 50 metro areas are stable and in range, San Antonio, Houston, New Orleans and Austin with the latter two switching between third and fourth place rankings.

“Despite a slowdown over the winter months, the housing market continues to show improvement in most states, although at a somewhat slower pace,” says Freddie Mac Chief Economist Frank Nothaft. While not all the MiMi indicators are trending in a better direction — in particular, home-purchase applications have weakened in many areas — Nothaft says that gains in local employment and loan performance have helped many markets across the country, especially those that were hardest hit. “Outside of these areas we also are seeing positive improvement from the Carolinas and Tennessee as their local unemployment rates fall further.”

MiMi monitors and measures the stability of the nation’s housing market, as well as the housing markets of all 50 states, the District of Columbia, and the top 50 metro markets. MiMi combines proprietary Freddie Mac data with current local market data to assess where each single-family housing market is relative to its own long-term stable range by looking at home purchase applications, payment-to-income ratios (changes in home purchasing power based on house prices, mortgage rates and household income), proportion of on time mortgage payments in each market, and the local employment picture. The four indicators are combined to create a composite MiMi value for each market. Monthly, MiMi uses this data to show, at a glance, where each market stands relative to its own stable range of housing activity. MiMi also indicates how each market is trending, whether it is moving closer to, or further away from, its stable range. A market can fall outside its stable range by being too weak to generate enough demand for a well-balanced housing market or by overheating to an unsustainable level of activity.

For more detail on MiMi see the FAQs. The most current version can be found at FreddieMac.com.

Read more
The Future of...
You remember The Jetsons, right? The classic cartoon series first aired in 1962 but was set “100...
Read more
More California Cities...
When Araceli Guerra moved into her small, two-bedroom apartment in Concord three years ago, it...
Read more
HUD Publishes Fiscal...
The national average increase is about 10%, but more in markets that have seen big rent...
Read more
Ways to Succeed as a...
Keeping yourself—and your tenants—happy A live-in landlord, also known as an owner-occupied...
Read more
How To Determine...
What To Deduct From the Security Deposit A landlord can charge a tenant by deducting money from their...
Read more
How to Avoid a...
As a landlord in Massachusetts, you have rights when it comes to your rental properties. You don’t...
Read more
Chicago sees quick...
City’s Housing Department approved 328 applications in only four months Chicago’s attempts to...
Read more
How to Beat the...
By Brian Sacks, Author of The Real Estate Loophole  We all know that rents are rising and so are...