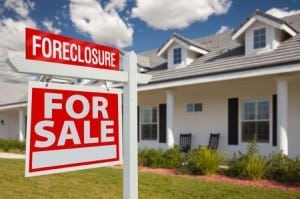 The nationwide foreclosure moratorium officially expired at the end of July, and while many borrowers are still eligible for mortgage forbearance — an option to pause mortgage payments due to financial hardship –it appears servicers are picking up steam when it comes to foreclosure filings.

In fact, according to the latest report from ATTOM Data Solutions, foreclosure filings rose 24% between August and September alone. And over the year? Filings are up a whopping 102%.

On a quarterly basis, foreclosure starts are up 32% from Q2 and 67% compared to Q3 2020. It was the first double-digit quarterly jump in seven years.

For investors looking for distressed properties, the numbers come as welcome news. But be warned: This doesn’t mean foreclosures are running rampant. As Rick Sharga, executive vice president of foreclosure platform RealtyTrac, explains, “Despite the increased level of foreclosure activity in September, we’re still far below historically normal numbers.”

What does this mean if you’re on the hunt for a distressed property to invest in or flip? Let’s dive in.

Where to find distressed properties

So what are the numbers? Sharga says: “September foreclosure actions were almost 70% lower than they were prior to the COVID-19 pandemic in September of 2019, and Q3 foreclosure activity was 60% lower than the same quarter that year. Even with similar increases in foreclosures over the next few months, we’ll end the year significantly below what we’d see in a normal housing market.”

It sounds disappointing, especially with such an uptick in filings, but as most investors know, real estate is local. So when it comes to capitalizing on this rising rate of foreclosures? It’s all about choosing the right market.

Atlantic City, New Jersey, for example, saw the highest rate of foreclosures in the nation last quarter. There, one in every 709 housing units had a foreclosure filing tied to it. Peoria, Illinois; Bakersfield, California; Cleveland; and Las Vegas also had high rates and could be smart places to hunt for a fixer-upper.

Over in other markets, though, foreclosures are much less common. In Charlotte, North Carolina, foreclosure starts dropped 32% for the quarter. Over in Portland, Oregon, they dipped 26%. Check out ATTOM’s report for a full list of the foreclosure rates by state and market.

More coming down the pike

The good news — at least for investors — is foreclosures will likely continue increasing as 2021 finishes out. Many borrowers are scheduled to exit their forbearance programs in the coming months, which could result in an uptick of filings at that point.

As Sharga puts it: “So far, the government and the mortgage industry have worked together to do an extraordinary job of preventing millions of unnecessary foreclosures using the foreclosure moratorium and mortgage forbearance program. But there are hundreds of thousands of borrowers scheduled to exit forbearance in the next two months, and it’s possible that we might see a higher percentage of those borrowers default on their loans.”

Just be aware: The foreclosure process isn’t always quick, so the opportunities to cash in on these distressed properties may come later. According to ATTOM’s data, the average time to foreclose on a property is now up 11% compared to last year. The typical foreclosure timeline is now 924 days — almost three years.

More distressed properties are coming, but it’s not a deluge like many investors had hoped. If you’re on the hunt for a good fix-and-flip or other investment property, focus on the markets where foreclosures are most common, and watch forbearance numbers as they start to peter out. As those plans expire, and as filings move through the length foreclosure process, distressed inventory should inch closer to what it once was.