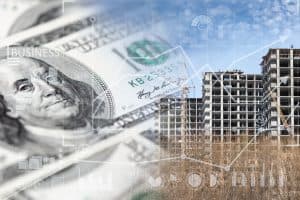 The success of new construction multifamily in the suburbs, boosted by the white-hot housing market, has developers scarcely believing their luck.

A “perfect storm” of tenant demand and a favorable financing environment has created unprecedented conditions for developers to maximize the value of Class-A apartment buildings in the suburbs, especially ones that delivered during the coronavirus pandemic, BET Investments principal Michael Markman said at Bisnow’s Philadelphia Future of the Suburbs event Oct. 27, hosted at the newly completed Seven Tower Bridge.

BET Investments brought two apartment buildings online during the pandemic, one in Upper Dublin that opened in October and the second in Horsham that opened in January, Markman said. The 659 units between the two projects leased at a rate of roughly 60 units per month, far outstripping the pace of leasing at two other apartment complexes in Media that came online in the years leading up to the pandemic.

BET’s entire portfolio of apartments in the Philly suburbs, which totals about 3,000 units, is fully occupied, Markman said. Korman Communities CEO Brad Korman said his company has had a similar experience and both said the biggest demographic among their new tenants has been empty nesters who recently sold their homes.

“When we opened up our Blue Bell property during the heart of the pandemic, it was the largest units on the first floors which went flying off the shelves,” Korman said. “They wanted the space and the amenities.”

Another major source of demand for units has been younger couples moving out of the city without the ability or inclination to buy their own home. In terms of making the bets developers place when they build a new project pay off, however, the empty nester demographic outperformed expectations.

Empty nesters have long been known as the demographic most likely to rent the most expensive and most heavily amenitized properties in Philadelphia, but a relative flood of them entered the market as the housing market picked up a few months into the pandemic.

“The empty nesters, they’re finally able to sell their homes,” Korman said. “For a lot of them, it’s been years and years, and they can sell their homes at a good price.”

The influx of demand has not only given the top of the multifamily market a boost in occupancy, but it kept competition for units high enough for rents to be pushed at rates that Korman’s debt and equity partners refuse to believe is sustainable, he said. But if those partners blanched at the 14% rent growth that Korman has seen this year, there are others willing to take that bet, Walker & Dunlop Senior Director David Beyel said.

“Brad, you mentioned that the lender and your equity partners aren’t really going to believe your 14% rent growth,” Beyel said. “We have a lot of buyers that will and a lot of buyers are underwriting for that.”

The sheer amount of capital waiting to be deployed in the market, along with a historically friendly interest rate environment, means that when investment opportunities have arisen this year, they have been hotly contested, with even the shrinking cap rates in the sector providing more yield for institutional investors than the bond market, Beyel said.

“When you look at rent growth, when you look at inflation and interest rates, all of the feedback that we’ve received is that they’re all quite small in comparison to the absolute weight of the capital that’s coming to the market,” said Beyel, adding he expects even more capital to come to market next year.

Bolstering Beyel’s optimism for the near future is the fact that the portion of 20- to 39-year-olds who are living with their parents remains elevated when compared with the decade before the pandemic.

“Into the pandemic, [the percentage of] people from the age of 20 to 39 living at home increased steadily to 23%,” Beyel said. “If that number decreases back to the 2010 level of 20%, that’s another 2.1 million households added to the market in in the next couple years.”