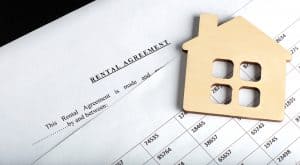 Leasing space in mid- and high-rise buildings located in urban areas was a particular challenge. After years of expressing preference for modern midrise structures in walkable urban neighborhoods, renters appeared to make an abrupt about-face toward the less densely populated, private, car-friendly and elevator-optional suburbs. As working from home became the norm and once-lively streets grew deserted, the appeal of downtown’s high rents and small floor plans waned.

As in many things, however, appearances can be deceiving. To assess the situation, Lument Research spent a few days piecing together lease-up trajectories for new properties that came to market in 2019 and 2020 to identify any pattern changes that took place.

The exercise was not straightforward. The market data services on which we rely generally do not report monthly average occupancy rates until properties are “complete” (i.e., have received a final certificate of occupancy), an event that typically arrives months after a property began pre-leasing and filling finished units.

For the purposes of this analysis, we created two recent samples of Yardi-surveyed properties of at least 150 units completed in 2018, 2019 and 2020, located in 27 primary and secondary markets. The proxy for the 2019 lease-up vintage consisted of 66 communities with first move-in dates between December 2017 and March 2019. The 2020 proxy sample included 82 properties with initial occupancy dates from February 2019 to November 2019.

The 2019 sample exhibited strong leasing momentum during the first half of the year. From January to April, sample properties net occupied an average of 13 units per month, rising to 24 units during the spring and summer leasing season. Demand was strongest in this period for midrise and high-rise space, especially in urban locales.

Velocity plunged in the fall, however, dropping to an average of eight units per month in October and November. This was in part due to normal seasonal patterns, but the severity of the decline suggests that other factors were at work. Indeed, the trend parallels a consistent pattern Lument Research observed in metro markets across the country prior to the onset of COVID-19: absorption, occupancy and rent peaked in most markets between May and August 2019 and began to soften during the subsequent fall and winter, months before the onset of COVID-19. The data suggest that household tenancy preferences shifted measurably toward homeownership.

Late-year weakness was more pronounced in the midrise/high-rise component and among urban-sited projects. After absorbing nearly 25 units monthly in May, June and July, demand for space in elevator buildings slumped to about eight units in October and November and five in December. Decay of a slightly smaller degree was evident in the urban-sited segment.

By contrast, seasonal demand deceleration among suburban-sited and low-rise buildings was considerably less pronounced, suggesting that the shift in renter preference toward the suburbs already was underway prior to the pandemic. Moreover, the data show a distinct positive variance in favor of suburban-located properties relative to low-rise designs generally. This variance was largely attributable to exceptional demand for suburban mid- and high-rise product in places like Frisco, Texas, and Issaquah, Wash. In other words, residents on the margin were beginning to leave the city for the suburbs prior to COVID-19, but they tended to gravitate toward the elevator-served structures they were familiar with in urban settings when they did.

LEASE-UP DURING THE PANDEMIC

However, the introduction of social distancing protocols clearly inhibited leasing velocity. Absorption plunged to a property average of seven units in April and peaked at only 12 units during the May to July leasing season, well below the 24-unit May peak for the 2019 sample. Late summer and fall patterns decreased to about 50 percent of the leasing season peak, replicating typical seasonal patterns, but on a lower level.

Leasing momentum nearly stopped in its tracks in December, declining to just one unit per property, the smallest single-month average in either sample. At the same time, the average property rent fell to a series low of $1,805, indicating that lessors lost pricing power along with space demand.

Among subsets, garden low-rise properties represented the strongest segment, absorbing averages of 16 and 18 units in June and July, respectively, fully 50 percent above other defined segments. By the same token, the outcomes for suburban vs. urban sites were nearly identical, peaking near 12 units in the summer and receding to six in the fall. Evidently, the suburban elevator buildings that gained popularity among the early suburban adapters in 2019 fell out of favor last year.

Absorption of LEED-certified space was stronger than average in the winter months preceding the pandemic and during the fall but was below average during the peak May to July leasing season. The data suggest that premium priced LEED-certified space appeals to a select group of households less impacted by the pandemic and those motivated to conserve on winter energy consumption.

In this instance, the conventional wisdom was on the money: the pandemic had a demonstrable impact on new space leasing, affecting every segment of the market. The pain was not felt equally across property types, however, as low-rise designs attracted stronger resident demand than elevator-served buildings no matter the location. Moreover, the elapse of time and the widespread adoption of virtual property tours did not appear to have a meaningful mitigating effect: absorption in November and December was weaker than at any time during the past two years, in spite of evidence of material rent discounting by lessors.

The data also show that diminished apartment demand was not entirely attributable to the pandemic. A shift in tenancy preference toward homeownership and the suburbs already was underway in 2019, a predictable evolution of the life choices of the influential and maturing Gen Y renter cohort. The product of the future is likely to skew toward three-story, flat roof elevations in the suburbs in purpose-built neighborhoods that replicate in some degree the energy of urban neighborhood streets.