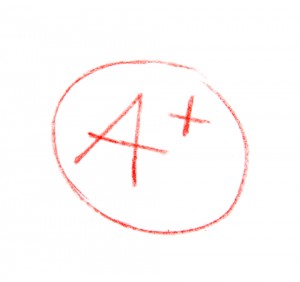 The year-to-date effective rent growth in the U.S. apartment market is the best since the nation’s economy started to recover from the Great Recession, Axiometrics Inc., reports.

Axiometrics, the Dallas-based leader in apartment research and reporting, found that effective rent growth rose to 3.4% in April, up from 3.1% in March 2014 and 3.2% in April 2013. Increased occupancy and burgeoning job growth provide landlords the ability to push rents higher.

Apartment occupancy increased in April to 94.8%, a 60 basis point rise since the beginning of the year. Meanwhile, job growth was 1.6% in March, and the unemployment rate dropped to 6.3% in April. As a result, Axiometrics analysts say, more people were looking for housing in what is already a landlord’s market.

“These outstanding April numbers exceeded expectations,” said Jay Denton, Axiometrics Vice President of Research. “Whether performance continues to exceed expectations for the rest of the year will depend on numerous factors.”

For example, more than 200,000 new units are slated for delivery during the rest of 2014, according to Axiometrics’ surveys of properties under construction or in the planning stages. And new wrinkles always arise: For example, many mortgage lenders in early May started lowering credit-score requirements, meaning more renters could join the home-buying market.

How this reconciles with the bias toward renting among people in their 20s and 30s remains to be seen. Axiometrics’ forecasts that occupancy will slow down and draw closer to the long-term average by the end of the year as supply begins to catch up with demand.

Class A Building Strength
Though Class B properties continue to generate the strongest annualized effective rent growth among asset classes in April at 3.6%, the newer, shinier Class A properties surged in April, jumping to 3.5% growth from 2.6% in March, according to Axiometrics statistics.

Top- and Bottom-Performing Markets
As has been the trend, California, Florida and Texas placed several markets among the best-performing metro areas for annualized effective rent and revenue growth.

Odessa, Texas, with the thriving Eagle Ford Shale in its backyard, tops the chart for a consecutive month, though its rate of growth has declined in the past year. Naples, Fla., is No. 2 and has been among the leaders for several months. Unlike Odessa, its effective rent and revenue growth rates are soaring compared to the previous year.

To view a chart with more details, click here.

Read more
White House using...
Read the full White House Press Release Here. The White House announced Wednesday it is taking...
Read more
Promoting Responsible...
Perhaps one of the most positive developments in the rental-housing industry over the past decade is...
Read more
How to Become a Real...
By Terrie Schauer, Author of Mindful Landlord     Spinning, spinning, spinning—from one phone...
Read more
Smart home security:...
Key takeaways Wireless technology has made security systems more affordable Video...
Read more
What To Expect When...
Every property manager or management company is different, with different skills and different goals,...
Read more
Pros and Cons of Rental...
What to Consider Before Investing Not every type of investment property is right for every property...
Read more
7 tips for designing...
Cortland’s Karl Smith, aka “Dr Fitness,” offers advice on how to design and operate new and...
Read more
Roof Replacement Costs
At some point, every homeowner will deal with roof replacement costs. Whether it's a few missing...