Opinion | With the Eviction Moratorium Ending, It’s Time to Focus on Landlords 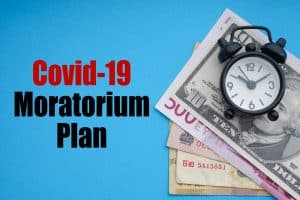 What’s the point of this housing voucher, if there is nowhere for me and my kids to use it?” That’s what Jeneya, a mother of three in Cincinnati, said during a focus group my firm conducted in 2019. Jeneya put her finger on the crux of a problem that often gets left out of the debate over America’s housing crisis: the role of landlords.

America’s housing crisis, particularly its deep deficit of affordable housing, pushes families into a cycle of homelessness and housing insecurity that is hard to break. Massive federal assistance and the CDC’s moratorium on eviction helped avert worst-case housing scenarios during the Covid-19 pandemic. But as the federal eviction moratorium comes to an end and we enter the next phase of the pandemic, the crisis isn’t going away. In fact, housing inequality is rapidly increasing.

The major pillar of the administration’s housing commitment announced last April is an additional $5 billion toward Housing Choice vouchers (formerly known as Section 8), on top of $5 billion allocated as Covid housing relief. These vouchers are designed to provide renters with more options, giving them the ability to rent units on the open market using the vouchers as partial payment.

With more than 12 million Americans — 16 percent of all adult renters — now behind on their rent, the Biden administration’s efforts could not come at a more important time.

Department of Housing and Urban Development Secretary Marcia Fudge expressed hope that the additional housing voucher funds will help provide “low-income families who live in racially and ethnically concentrated areas of poverty with greater options to move to higher-opportunity neighborhoods.”

But what if there are no landlords willing to accept the vouchers as payment in those higher-opportunity neighborhoods?

That question is often the difference between housing and homelessness in cities like Cincinnati, where almost a third of residents are struggling to pay rent.

For the past four years, my organization has facilitated hundreds of focus groups on local policy issues such as access to health care clinics and tenant protection. We’ve seen firsthand how municipal governments have failed to put a dent in these daily struggles in the face of state budget cuts and decreasing federal support.

When we facilitate focus groups with people who get access to the vouchers that are already available, many, like Jeneya, describe how they can’t find landlords willing to accept their vouchers in the neighborhoods they want to live in, or for units with more than two bedrooms for them and their children. Another parent in need of housing, Alicia, spoke of how “people think because you got Section 8 [vouchers] it’s so easy to find housing. It’s not. I’ve literally been looking for somewhere to move since my landlord bought the house [over a year ago].”

Families talk about the relief that comes with finally receiving a voucher, only to be followed by a sense of panic as they can’t find adequate housing within the 60 day limit set by HUD regulations and the local public housing authorities. After requests for extensions, most either opt for housing in areas of deeply concentrated poverty, move to unfamiliar and further flung neighborhoods with limited access to public transit or their social networks, or don’t utilize the voucher at all.

And evidence of the problem isn’t just anecdotal. In Franklin County, which includes all of Columbus, more than 50 percent of landlords in a survey in 2019 said they would not be willing to accept vouchers or public assistance as a form of rental payment.

Cities across the country, including in Ohio, have made it illegal to discriminate against people who use vouchers through “source of income discrimination” protection. But these laws have little impact due to lack of enforcement. A quick Zillow search will show you hundreds of listings that say some version of “NO SECTION 8 ALLOWED.”

There are a number of reasons that renters and landlords in our interviews have given for the refusal to accept vouchers, including stigma and racism against voucher holders, the hassle and indignity of working with local housing authorities, and voucher amounts that are too low in today’s heated housing market. Forty-eight percent of voucher holders are Black and 18 percent are Hispanic, so there is also a widely held sentiment that refusal to accept vouchers is a coded form of racial discrimination.

For some landlords, it is because the requirements can be onerous. A landlord once told me that although she used to accept vouchers, she grew weary of dealing with the local housing authority and its strict code enforcement. “Every time they inspected they found something wrong. And every time they found something wrong, I had to take off work to wait for hours in their office for them to start the process to approve the fix I made. It just wasn’t worth it.”

For many landlords, it may simply be a question of math. Rents are skyrocketing, hitting an average of over $1,200 per month for the first time this summer. When landlords can get so much from renters on the market, the prospect of voucher-assisted rent becomes less attractive because it doesn’t keep up with how much they can get by renting to the highest-paying tenant.

Expanding vouchers won’t work to meaningfully address cities’ housing crises unless HUD makes sure that local housing authorities find ways to address the dearth of landlords who accept vouchers in neighborhoods people want to live in.

But there are ways to make the system work better. New incentives for small landlords, partnerships that encourage homeownership, and updating voucher formulas to match current market rates are all paths to explore. This is especially true in rapidly gentrifying neighborhoods that form the core of traditionally Black communities.

HUD policies could even help meet one pillar of the Biden plan by expanding Black homeownership and reducing racial wealth gaps. Local housing authorities — with HUD’s support — could incentivize young people of color to become owners of multi-unit buildings by targeting down payment assistance or money for repairs in exchange for guarantees that they would accept vouchers in the units they rented out.

HUD could also use Community Development Block Grants to help small landlords make needed repairs and increase the value of their property as long as they continue to accept vouchers for at least 10 years. HUD should also explore higher landlord repayment structures and other incentives that are paired with stronger inclusion metrics to support small landlords. In Philadelphia, the city and local housing agency have successfully piloted a Rental Improvement Fund to help landlords with fewer than 10 units, and an Urban Land Institute study recently found that the program has increased loan approval rates for landlords of color and women.

Finally, land banks — public entities designed to acquire, manage, and repurpose vacant and foreclosed property — and local governments should consider only selling their properties to buyers who agree to accept vouchers. Parallel efforts to strengthen the enforcement of discrimination laws are another potential path for policymakers, but carrots are often more palatable and achievable than sticks.

The parents, workers, and young people we engage in our evening Zoom calls over pizza need Biden’s housing interventions to work. Cincinnati and Columbus, like so many cities across the country, have a critical need for safe housing that families can afford. Making it easier and more lucrative for landlords to rent to voucher recipients needs to be part of any renewed federal push to solve the nation’s affordable housing crisis.