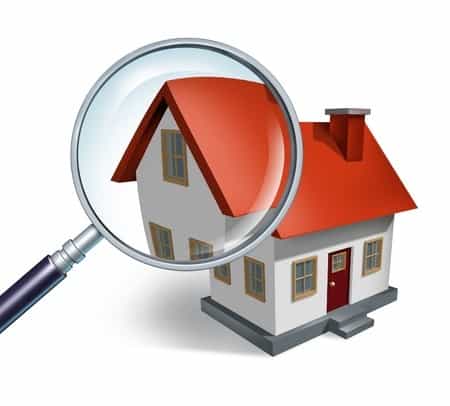 Before Covid-19 took hold of the national consciousness, the YIMBY movement — of those saying “Yes In My Backyard” to housing development — appeared ready to go mainstream. More and more people recognized that NIMBYism run amok and codified into local laws leads to fewer housing options, drastically raising prices in cities and towns alike, and contributing to inequality. Now, in a time of pandemic-driven budget cuts and unemployment, the importance of housing affordability is growing.

Policy makers can deliver it, and without budget outlays, by simply allowing more housing — particularly low-cost housing — to be built. But the path to housing abundance isn’t quite as easy as some recent reforms, narrowly focused on one particular type of zoning, might lead us to believe. Separating the long-conflated ideas of owning or renting housing from securing a large and expensive piece of land will require more effort.

Encouragingly, city and state leaders from California to Virginia have been pushing forward, focused on loosening the stranglehold of single-family zoning rules — those banning all but detached houses on their own plots of land — that dominate most residential land in the country. The oversize emphasis on ending this zoning, however, distracts from the other barriers to building more homes at lower prices in the places Americans want to live. The housing affordability coalition must address the entire suite of regulations that stymie new, low-cost construction.

Although single-unit zoning limits these useful types of housing, so do myriad other restrictions on how and where housing can be built: minimum lot size requirements, parking requirements, height limits and more.

Take Minneapolis. In 2019, city leaders there became the first to eliminate single-family zoning. Its code was amended to allow triplex construction on all land that was previously designated for detached homes only. This was a huge step. Yet plenty of rules still stand in the way of new multifamily housing.

The reform was not paired with any increase in allowable height or size for structures themselves. So three units can now be built where only one was permitted before, but the allowable built space is the same. It remains to be seen how profitable it will be for homeowners or builders to subdivide houses or build two or three new units that are much smaller than a single-unit house would be permitted to be. Allowing larger buildings could make more triplex conversions more comfortable and profitable.

Last year, Oregon became the first state to preempt single-family zoning by requiring localities with at least 10,000 residents to allow duplexes, and in some cases fourplexes, on each lot. However, this reform didn’t change the broad authority municipalities have to block certain types of housing, like requirements that homes be built on large lots with significant open space around each new structure. On large lots, duplexes or fourplexes can come with the downsides of attached housing (like noisy neighbors) without the benefits of a dense neighborhood (like living within walking distance of amenities).

Houston’s rules ensure that three new units can be spacious, useful and an improvement on the detached houses they replace.

For a proven reform, look at Houston, arguably the most pro-housing city in the country. It doesn’t have use-zoning, which means that housing — including apartments and other multifamily housing — is permitted anywhere private covenants don’t restrict it. In 1998, Houston policy makers reduced the minimum-required lot size for a house from 5,000 square feet down to 1,400 square feet on all of the land within the city’s I-610 loop. This made it possible to replace a single-family house with three. In 2013, the 1,400-square-foot minimum lot size requirement was expanded to cover the entire city.

Thousands of townhouses have since been built that wouldn’t have been permitted before. Houston now boasts a median home price below the national median in spite of decades of rapid job growth and increasing population. A typical house in Houston costs less than $200,000, compared with nearly $300,000 in Atlanta or a staggering $680,000 in San Diego. In other booming cities, more jobs and new residents have led to skyrocketing prices but few new homes.

On paper, Houston’s decision to reduce minimum lot sizes seems similar to eliminating single-family zoning and allowing more than one unit per lot. The difference is that Houston’s other flexible land-use regulations allow homebuilders to deliver those new units in a cost-effective and desirable way. Houston’s rules ensure that three new units can be spacious, useful and an improvement on the detached houses they replace.

The crucial first steps taken in Minneapolis, Oregon and elsewhere might signal more changes down the road. But if dozens of rules limit where and how new housing can be built, getting rid of one constraint doesn’t accomplish much.

An example from New Jersey illustrates the importance of small details in land use policy. Palisades Park, a small town not far from Manhattan, has two-family zoning across the majority of its land. Duplexes, either side-by-side or stacked, are permitted on the same minimum lot size as is required for single-family homes. As a result, the majority of housing units are duplexes, and Palisades Park has accommodated a doubling of its population through infill development. Other nearby localities allow two-family homes only if they sit on larger lots than single-family homes, or if they’re arranged one on top of the other rather than side-by-side. These other jurisdictions have seen less two-family construction and are doing less to accommodate regional population growth.

Tweaking zoning codes doesn’t necessarily make housing construction feasible at lower price points. Leaders can’t always know what type of housing homebuilders in their locality will be able to profitably build. This depends on local demand, the existing housing stock and the milieu of regulations. That’s why reforms that appear to allow more housing to be built on paper may not result in the flexibility homebuilders actually need.

When that’s the case, and housing supply and affordability aren’t moving in the right directions, leaders need to identify whatever unnecessary barriers to low-cost construction remain.