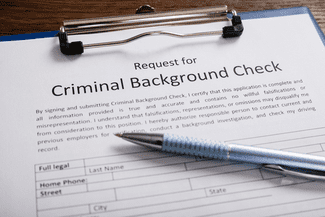 “It starts to disconnect housing from our criminal justice system,” said James Williams, director of racial justice policy at the Fair Share Housing Center. “Housing just isn’t four walls and a roof … it’s an essential part of how we live.”

The Fair Chance in Housing Act is among the most expansive laws of its kind in the country, housing advocates say. It essentially eliminates automatic denials of housing applicants with criminal records. Even after a landlord runs a criminal background check on a potential tenant or inquires about prior convictions, the landlord must explain any subsequent rejections in writing and give potential tenants a chance to contest the facts or show they’ve rehabilitated.

“A landlord and a developer, you’re not the Department of Corrections, you’re not probation and parole. It’s not your job to validate whether or not this person deserves to be in society,” Williams said. “The state has said they paid their debt so now let’s give them a fair chance to do right.”

Landlords can still reject applicants convicted of murder or kidnapping. Other convictions can only be cited as a reason for denial within a certain time frame depending on the crime. More serious offenses like carjacking can be considered within a six-year window. Offenses considered less serious, including assaults, have a one-year consideration period. Even then, a landlord must fill out a form explaining why a person’s conviction is enough to deny them housing or how it poses a safety risk to others, new state rules show.

Arrests that didn’t lead to convictions or expunged records cannot be a basis for denial.

“This administration is committed to leveling an uneven playing field when it comes to access to housing in New Jersey,” Governor Phil Murphy said in a statement this week announcing the law’s implementation. “Safe and secure housing is a fundamental right.”

The New Jersey Apartments Association, which represents thousands of landlords, didn’t immediately respond to a request for comment but previously expressed support for the bipartisan legislation.

Williams said in order for the law to be successful, the state needs to work with local advocacy groups to educate landlords, as well as people leaving the prison system, about the new measure.

Landlords can face up to $10,000 fines for failing to comply. Tenants can also file complaints with the state Attorney General’s Office by emailing [email protected] or calling 1-866-405-3050.