Asking rents for apartments dropped in the third quarter for the first time in years, with landlords seeing vacancy rise and demand slow during the typically busy summer leasing season, according to a new report by multifamily tracking firm RealPage.

“We did expect to see those numbers come down, but what was surprising is the level to which they did decelerate,” RealPage Head of Economics & Industry Principals Jay Parsons told Bisnow. “And then ultimately, seeing negative absorption in Q3 was a huge surprise.”

Inflation, increasing interest rates and recession fears are likely among the factors forcing renters to consolidate, driving down demand for apartments and undercutting the eye-watering prices that have besieged renters in major U.S. cities for more than a year. 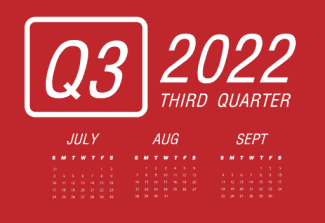 The months of July to September are typically the strongest residential leasing season of the year, but this year during that period, 82,000 units were returned to the market, resulting in the first time in three decades that RealPage has recorded negative apartment demand during the third quarter.

With expectations in place for a slow final quarter of the year, experts are expecting to see demand tip into negative territory through the end of the year.

Rent growth peaked in March, coming in at 15.7% higher than a year prior, according to property management software firm RealPage. But as of September, that growth was just 9% — rent growth’s first foray into single digits since summer 2021.

According to Apartments.com’s third-quarter report, asking rents nationally declined by 0.4%. CoStar Group National Director of Multifamily Analytics Jay Lybick said it was the weakest Q3 for multifamily in 30 years.

“As a whole, the multifamily sector witnessed a disappointing peak leasing season and with an estimated 110,000 new units set to deliver in Q4, all signs point to rent growth slowing even faster than initially projected by the end of the year,” Lybik said in a statement.

The trend was consistent in cities across the U.S., according to Apartment.com’s findings. Three-quarters of all major markets saw rent declines in September, and none of the country’s 40 largest markets saw a year-over-year increase in asking rents during Q3.

Some of the biggest pullbacks were in the darling Sun Belt cities of the pandemic in Florida and Arizona, Parsons said, although those markets have historically been more volatile.

Vacancies, while rising, are still low. The 1% increase in the vacancy during the third quarter brought the national rate to 4.1%, according to RealPage. Apartments.com found that vacancies were slightly higher, increasing by 30 basis points to 5.4% at the end of September.

“There’s not a lot of vacancy out there right now,” Parsons said. “It’s not that there’s a collapse, it’s that all of a sudden there’s been a significant change in momentum where people are staying in place.”

“If the landlord’s reasonable and they don’t move rent more than 5% on them, then it’s really difficult for them to find a place that is renting for anything close to what they were paying when they got leases two years ago,” Myers said.

“In fact, we’re starting to get some rent increases,” he said.

Some Gen Z workers are perhaps looking at the cost of renting and deciding to live with their parents for longer, Parsons said. Other renters, making similar mental calculations, are likely opting to live with roommates for longer.

“You have people who could be choosing to save money and doubling up, you know, people moving from apartments in a single-family rental. That’s normal,” Parsons said. “It’s the fact that we’re not backfilling as fast as normal, that’s what’s more surprising.”

Another possible contributing factor for the decline in move-ins is the national increase in homelessness. More than half a million people in the U.S. were unhoused in January 2020, according to the National Alliance to End Homelessness. As of this July, shelters across the country found their waitlists doubling and tripling, The Washington Post reported — meaning that some of the move-outs may well be people losing shelter, Parsons said.

“Obviously, the higher that costs go, not just for housing, — I mean, groceries are up 13% — the more that your costs go up, the more challenging it is,” Parsons said.

If inflation fails to cool, it could brings bigger complications for multifamily investors than slightly lower returns, said Norm Radow, president of opportunistic real estate investor RADCO Development Solutions. Some of the deals buyers made during the record-breaking investment sales market of 2021 might turn out to have been poorly timed if rents continue to underperform expectations.

“The loans made last year that come due next year are not refinanceable,” he told Bisnow. “So that’s where I think you’ll see some of the distress.”