Home·Property Management·Mortgages Up to $715,000 May Not Be ‘Jumbo’ Anymore 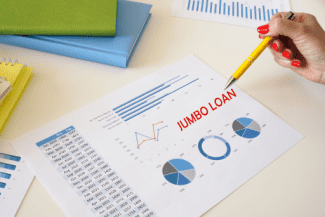 If you’re in the market for a pricy house, you may now be able to borrow up to $715,000 without the extra costs incurred by oversized “jumbo” loans.

Multiple mortgage lenders have announced an increased “conforming loan limit” this month in anticipation of an expected November 30 announcement of new 2023 limits by the Federal Housing Finance Agency, the body that sets the rules for government-backed mortgages.

The new limit, which has already kicked in at lenders like Rocket Mortgage, is a 10% bump from the official 2022 conforming loan limit of $647,200. (The limit is based on FHFA’s house price index, which has shot up since the pandemic began as home prices have ballooned. In 2019, it was only $484,350.)

What’s more, in certain high-cost markets like Alaska and Hawaii, lenders have bumped the limit to nearly $1.1 million, clearing seven figures for the first time ever.

Conforming loans are easier and cheaper to get because they are backed by Fannie Mae and Freddie Mac, the government-sponsored companies that purchase them from lenders. So-called jumbo loans exceeding these limits often come with more scrutiny and closing costs, not to mention higher interest rates.