More Renters Are Paying On Time In Sun Belt Markets

About 80.1% of renters paid on time in Sun Belt markets compared with 79.5% of renters elsewhere. 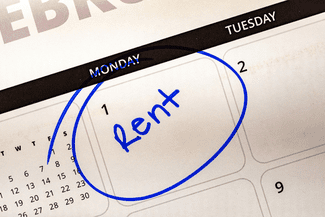 On-time payment rates in independently owned rental units in the Sun Belt outperformed the rest of the country in February for the first time since October of last year, according to new data from Chandan Economics and RentRedi.

Chandan economists note that the Sun Belt continued to benefit from steady in-migration over the course of the pandemic, and investment dollars have followed suit.  Nate Hanks, CEO of RealSource, told GlobeSt earlier this year that the asset class is “nearly pandemic-proof,” with most markets still facing housing shortages.”

“We believe it will take years for new supply to find an equilibrium for housing in most major metros, Hand said.

The Sun Belt has disproportionately benefited from those trends, according to Eddy O’Brien, managing partner and co-founder of Blaze Capital Partners, who said that COVID-related restrictions were lifted sooner in these regions, attracting more capital from investors.

“We’re seeing this accelerate even more through the end of the year, as traditional gateway investors are also tapping into golden opportunities across the Sunbelt,” he said.

But “the inflows may be having an impact on affordability for existing residents as inflation and rents are currently growing more quickly in the region than elsewhere across the country,” the Chandan report notes.

“Similar to how gentrification negatively impacts existing renters in a micro-urban analysis, the same phenomena may be playing out on a macro-scale in the Sun Belt,” the report goes on. A Chandan Economics analysis of the US Census Bureau’s 2020 American Community Survey shows that the average household income of renters moving into the Sun Belt ($72,094) is 20.3% higher than the average across the region’s existing renter population ($59,937).